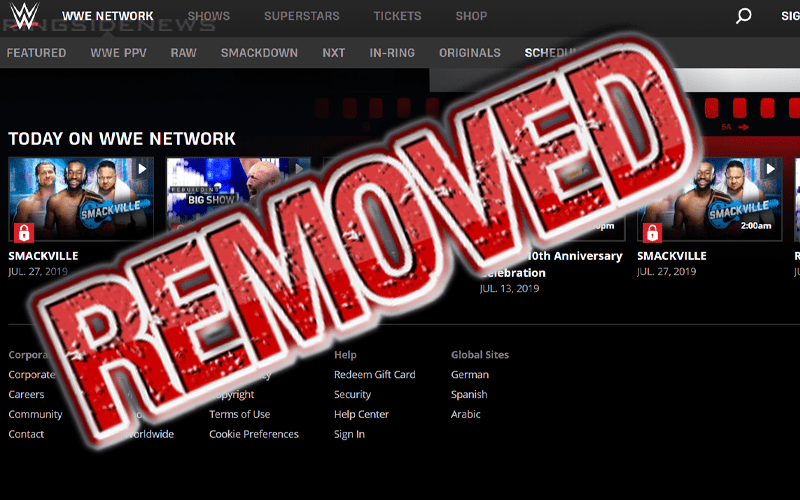 WWE Network went through some changes this week as a new layout was introduced. This new system had some glitches in the roll-out leaving some fans unable to watch the Smackville special at all.

On top of all the problems that they were having streaming the live feed, WWE Network has also nixed a popular section for a lot of fans. Because for some reason, WWE Network has taken off their Hidden Gems section.

The Ask WWE Network Twitter account confirmed that they will no longer be offering any more hidden gems. It should be noted that the hidden gems section is where WWE Network was hiding their Kenny Omega footage from Deep South Wrestling.

Hi! Thank you for reaching out! Hidden Gems used to be part of the Collections tab which is no longer available. On the other hand you should be able to search for some related content on the app or check out the Home Video Classics rail under Originals. Thank you! ^JJ

Some of the Hidden Gems content might be found under different libraries now, but some fans really liked scrolling through those items that WWE Network considered to be “Hidden Gems.” Now those gems are so hidden they are literally a thing of the past.