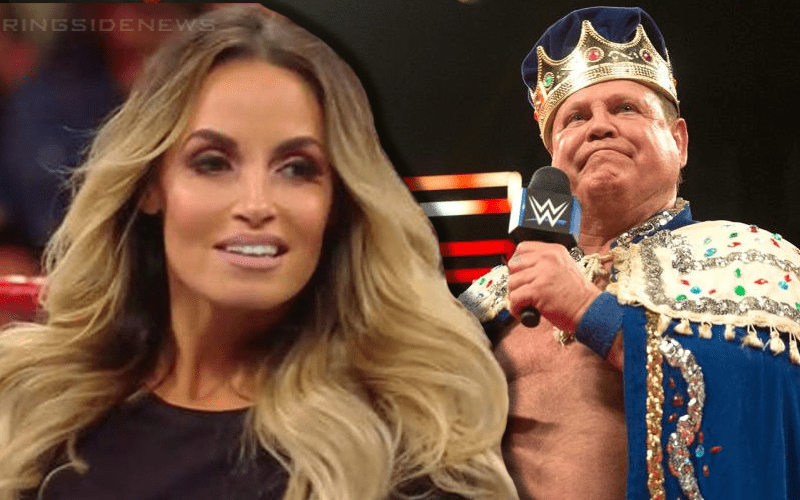 Jerry Lawler appeared at the RAW Reunion last week and it looks like we’ll be seeing way more of The King next week. Because he will be on SmackDown Live this time hosting what could be an important segment on the road to Summerslam.

The King announced that he will be holding a King’s Court segment this week on SmackDown Live. His guest will be none other than Trish Stratus so that could be very entertaining and pop a rating.

This Tuesday night on @WWE Smackdown Live from Memphis, I will be hosting a King’s Court featuring my all time favorite female Superstar, @trishstratuscom !

Therefore, it’s very likely that fans will finally see a confrontation between Trish Stratus and Charlotte Flair as they set up a Summerslam match. After all, Stratus has been training for her pro wrestling return.