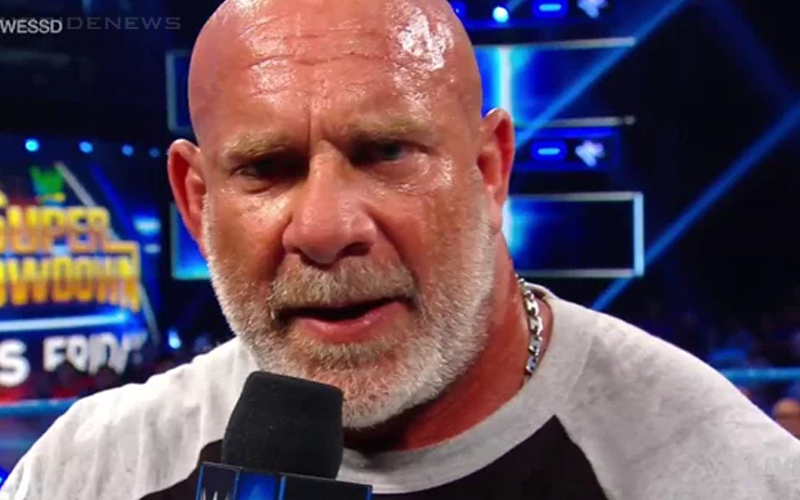 Goldberg’s match against The Undertaker at their Super ShowDown event was a dream match that quickly turned into a nightmare. Now there is reportedly some heat between Goldberg and WWE.

Brad Shepard expanded on this report where he revealed that there are no plans for Goldberg to wrestle Dolph Ziggler at all, especially not at Summerslam. In fact, the relationship between Goldberg and WWE is so bad at this point that the two sides aren’t even speaking to each other.

According to a source in #WWE, Dolph Ziggler is not currently scheduled to face Goldberg at SummerSlam. I’m told Goldberg and upper management haven’t been on speaking terms since his match at #WWESSD in Saudi Arabia.

This is an unfortunate situation and it’s hard to imagine that Taker vs Goldberg went as bad as it did, but that’s what happened. Now it is apparently causing some major issues between the two sides.

We will keep you updated on WWE and Goldberg’s relationship right here at Ringside News. However, at this point it seems that there might not be much of a relationship to speak of.