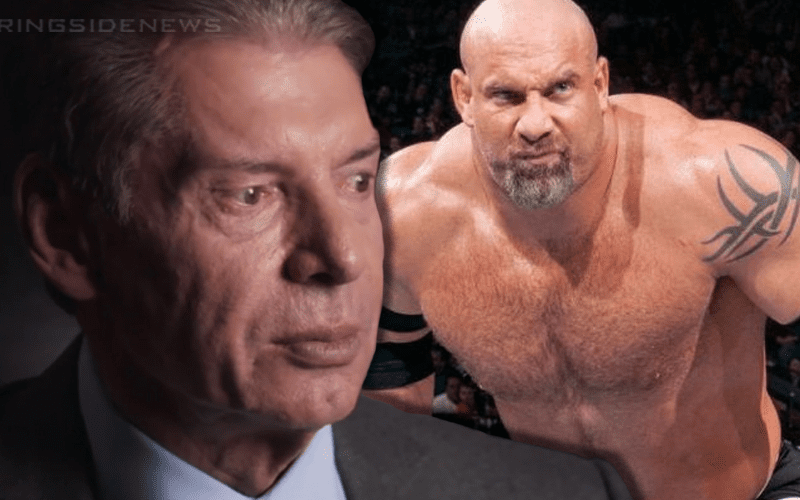 Vince McMahon runs WWE as he sees fit and he has seen practically every situation imaginable take place in his company. If he would have been able to predict how The Undertaker and Goldberg’s match would have transpired at the WWE Super ShowDown then he might have decided against booking the match in the first place.

We previously reported that Goldberg and WWE aren’t even on speaking terms right now. He is not slated for a Summerslam match despite Dolph Ziggler throwing digs at him. This could actually be proof that there are issues between Goldberg and WWE in the first place.

Brad Shepard went on to explain that his source in WWE has told him that Goldberg’s “lack of empathy” about how bad his match with Undertaker was is what pisses off so many people in the company, including Vince McMahon.

The source described his match versus Undertaker as a “cluster f*ck,” and said WWE squarely lays the blame for that on Goldberg after reviewing the match repeatedly, which aligns with my previous report. Goldberg’s lack of empathy about it has pissed people off, including Vince.

You can never say never in WWE so Goldberg could always come back for another match to redeem himself. However, things are apparently really bad right now between the two sides.

The company obviously didn’t blame The Undertaker as he returned for a match at Extreme Rules. The Dead Man might not be currently booked for a Summerslam match, but neither is Goldberg. At this point we have a much better chance of seeing Taker wrestle again before Goldberg’s name is even pitched during a creative meeting.