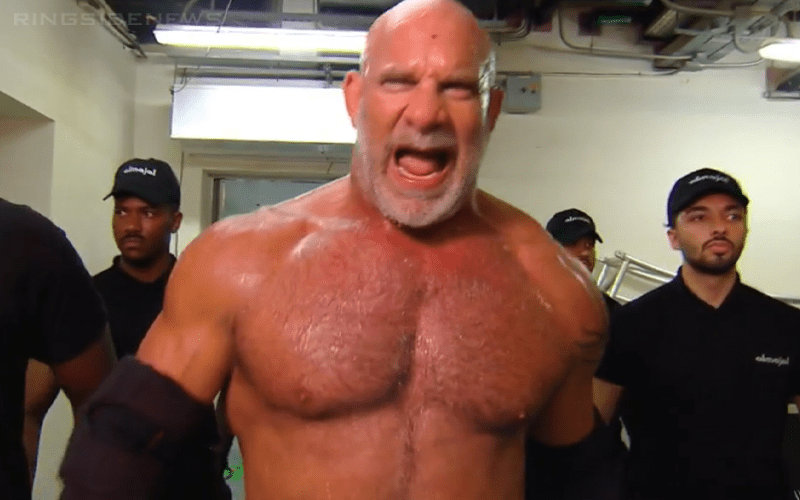 Goldberg returned at the WWE Super ShowDown where he had a pretty lackluster main event against The Undertaker. In fact, some people are of the opinion that Goldberg was very dangerous in that match as well.

Dolph Ziggler has thrown some barbs at Goldberg for the past two week on on the microphone during live WWE television events. This is no accident because everything said in WWE is generally scripted. Things certainly don’t appear on a weekly basis without being a part of the plan.

The Wrestling Observer Newsletter actually stated that due to the fact that Ziggler has been scripted to take shots at Goldberg then that could lead one to assume that things aren’t okay between WWE and the former Universal Champion.

This is a very interesting situation because the general thought is that Goldberg might want to come back for another match so he can redeem himself. That might not be too likely if there are people in the office who aren’t the biggest fans of him right now.