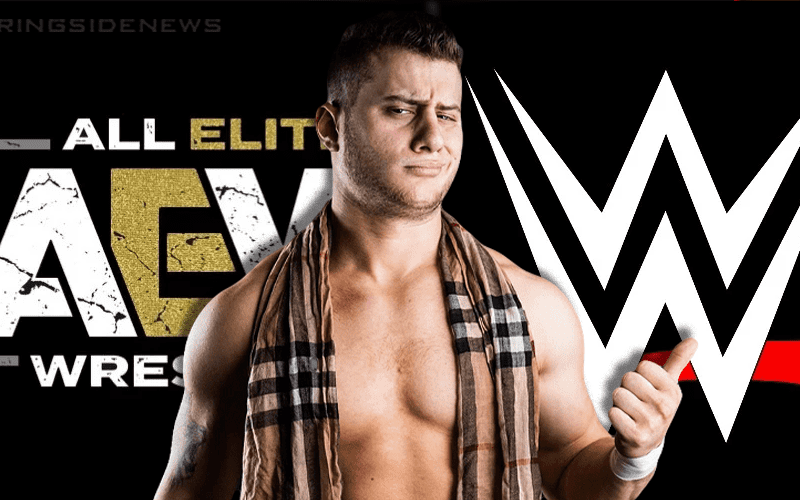 MJF is primed to be one of the biggest stars on AEW’s roster, but he had a choice. Because WWE was very interested in signing him before he made a very important decision to stick with All Elite Wrestling.

While speaking to Talk Is Jericho, MJF revealed that after his match at All In, Cody Rhodes actually pulled him to the side and said that that contest will help him more with WWE. However, that is not the path MJF decided to go down once he had one conversation with Tony Khan.

“There were rumblings that there was interest from the other company, but once I got to talk to Tony [Khan] I went, ‘Oh no, this is where I’m supposed to go.’ Cause it’s like the idea of someone walking up to me and going, ‘Hey kid here’s what we want out of you tonight — Here’s what you’re gonna do.’ I don’t do well with that.”

Maxwell Jacob Friedman probably made the best decision for himself by going to AEW instead of WWE. He is still under contract with MLW, but with a recent contract extension his AEW contract now greatly exceeds his deal that he has left with Major League Wrestling.

WWE was obviously waiting it out with plans to offer MJF something once he could speak to them. However, The Salt Of The Earth is going to keep doing his own thing where nobody will hand him a script with explicit instructions of what he is expected to do.