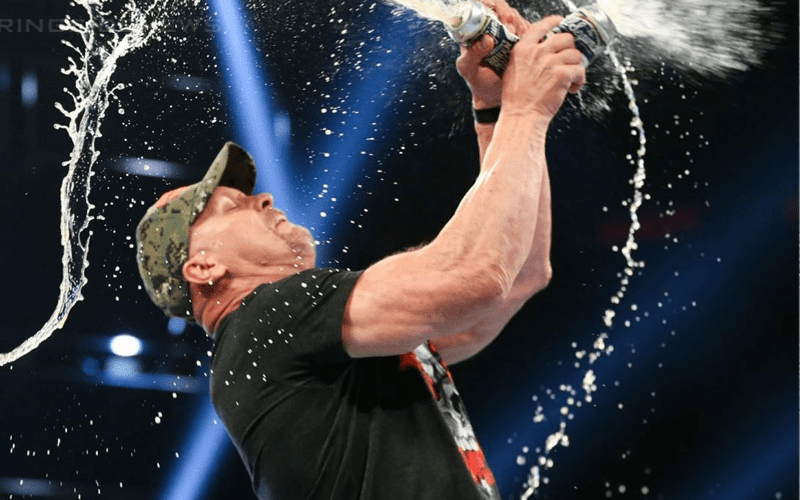 Steve Austin ended the RAW Reunion by throwing a massive beer bash in the middle of the ring. The beer of choice was no longer Steveweisers, but his own Broken Skull IPA. It turns out that this was an amazing advertising technique.

The El Sengundo Brewing Company, maker of Stone Cold’s beer posted on Facebook to reveal that they have been flooded with requests from fans to but the beer. The bad news for these fans is that Austin’s beer is only available in Southern California and at times in Portland Oregon. The good news is that they are working on new distribution plans so even more fans will be able to drink like Stone Cold.

We’ve received hundreds, if not thousands, of inquires as to where you can find Broken Skull IPA. Currently, Broken Skull is only available in Southern CA, and sometimes Portland, OR, roughly in the vicinity of the Broken Skulls on the map. The good news is we are working on distribution plans to reach the masses. If you are a prospective distributor, please send us an email at [email protected]

When you can show up on WWE television with any product it’s going to drive interest. As it turns out when that product is beer and it’s endorsed by The Rattlesnake then that goes a long way to drive up the desire for the product as well.