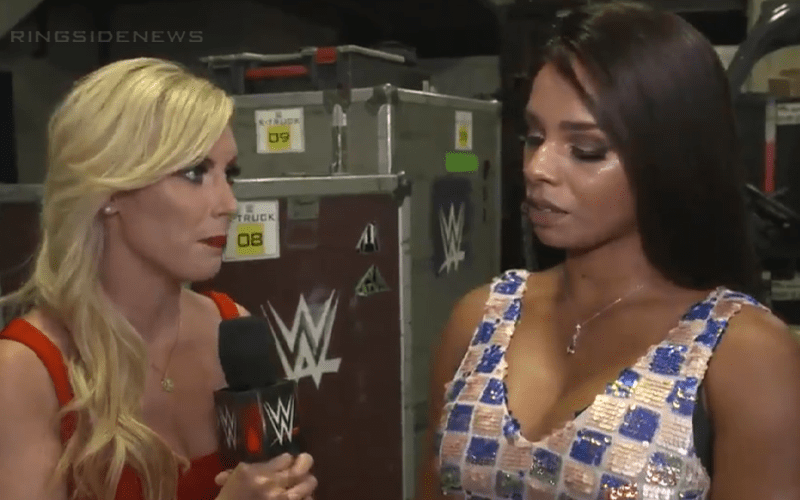 At first Renee Michelle didn’t seem to appreciate the WWE 24/7 Title as much as her husband, Drake Maverick. Now it looks like she’s coming around.

Michelle was interviewed backstage at the RAW Reunion where she cut a little promo about her husband’s quest to become champion once again. This is interesting because Drake Maverick and R-Truth were both booked at the Fort Myers house show tonight as well so maybe they’re doing both or skipping the live event?

Renee Michelle continued and said that Drake Maverick is the most passionate man she knows and when he wins the 24/7 Title back it will give him “confidence in the ring and in the bedroom.” That pretty much sums up what she wants the WWE 24/7 Title for which Blue Chew and White Claw could easily fix for him as well.

In the end, Renee Michelle said she’s not consummating her marriage with Drake Maverick until he wins that title back. So there you go, more happy times are to come for Drake Maverick.