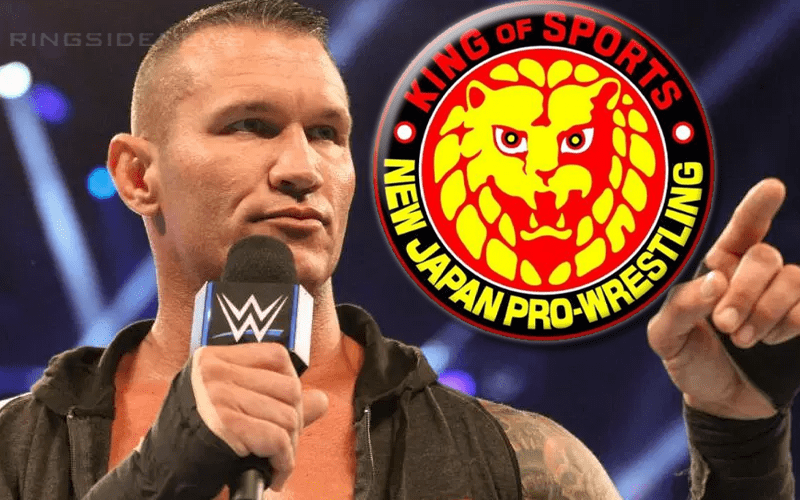 Randy Orton is very good at Twitter and not afraid to insert his opinion in a situation. This is why it was so interesting to watch his recent back and forth with NJPW’s Will Ospreay really take shape overnight.

Ospreay started out with a pretty inspirational message as he tweeted out: “Execute the plan that makes you smile every single minute of every single day.” The Viper obviously saw this glimpse of positivity on his timeline and answered back with: “Good luck with that shit.” Ospreay replied that he should make “Good luck with that shit” t-shirts next to match the ones he had made the last time he had a Twitter altercation with Seth Rollins.

Randy Orton didn’t stop there either. Because he would then clarify exactly what he meant by his tweet and then he proceeded to extend a very interesting match offer:

Realistically speaking there’s nothing that you could ‘plan’ that makes you ‘smile every single minute of every single day’. But WWE IS all about putting smiles on faces.

The fact that Orton used “06/2022” at the end of that tweet really makes us go “hmm.” Because he could be hinting that a match between the two might be possible in June next year.

Ospreay replied, but he didn’t seem too keen on leaving NJPW to make a match against Orton happen. So he proposed that Randy Orton leave WWE for one match with him only to jump right back in Vince McMahon’s company.

Realistically nah maybe you got me there

Hope you are happy where you are. But unfortunately my friend I’m here for the long run.

I mean you’re like a multi time champ, could you just leave for a bit come here for #OspreayVsOrton then go back…just saying

Randy Orton’s offer to have this match in WWE might have been countered by Ospreay. So RKO said he would have to ask about it. We’re not sure if it’s likely that WWE would allow Randy Orton to go to NJPW for one match, but we’ve seen stranger things happen in pro wrestling.

Sounds like $ to me. I’ll ask Tuesday at #SmackdownLive since I’m not on the #RAWReunion

If we can take anything out of this match it’s that Randy Orton and Will Ospreay want a match against each other. However, company lines might be getting in their way. At least we know that Randy Orton didn’t receive an invite to the RAW Reunion special. So he’ll have to ask Mr. McMahon about this subject on Tuesday when he sees him next.

In all honesty, if Will Ospreay ended up in WWE soon enough it wouldn’t be a terrible thing for him. He would still get to wrestle and he would be making very good money. The added bonus is that he would be working for a company that would encourage him to take care of himself in the ring so his dangerous match style might dramatically decrease in cringe-worthy “oh my god — is he dead?!” moments.