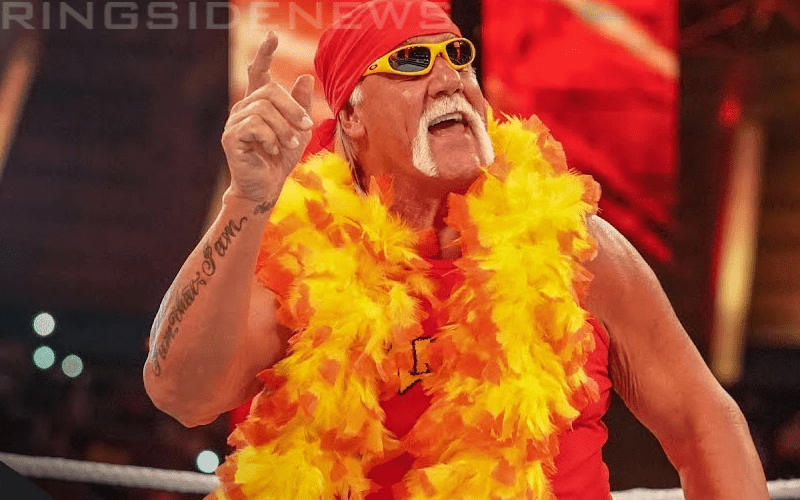 Hulk Hogan will be at the RAW Reunion special on Monday night. He won’t be alone either. In fact, there could be enough legends there that they might out number the actual current WWE Superstars on the show.

The Hulkster came up with a great idea while he was looking at the sky for inspiration. What if they took over WWE? It sounds like a lofty plan, but the idea of them saying “enough is enough” is there. So we might be in for a big change on RAW this week if Hogan can pull this off, brother.

For some reason, I saw this last night I thought of the #RawReunion, brother, the red/yellow/black color scheme made my mind kick start with a crazy thought, what if the Reunion Superstars got together and said enough is enough and just took over the whole WWE and Ruled4 Life. HH

The RAW Reunion might not be earth-shattering, but it should be fun. It will also be nice to see some people who we don’t get to see very often.

You also never know if that big storyline that we’re hoping WWE comes up with will involve all of the legends just rising up and taking over the show while refusing to ever give it back. At least that might be an idea currently floating around Hulk Hogan’s head.