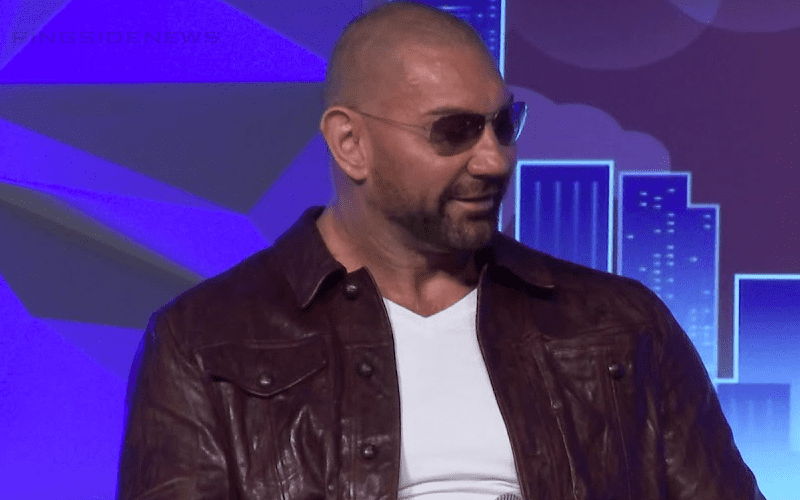 WWE’s RAW Reunion special is getting a lot of attention. Now we just want to know who to expect for the big show. While we do have a load of people already confirmed for the special, one big name won’t be showing up.

Batista wrestled his last match at WrestleMania 35 and it was the contest he wanted to end his career on. Now it appears that he will be skipping the RAW Reunion as well, but he has a very good reason for not being there.

PW Insider reports that Batista is very busy right now. Because The Animal is in the middle of Zack Snyder’s “Army Of The Dead” film for Netflix. He was shooting this last week so he’s likely still busy.

If Batista ever comes back, it won’t be for a match because he has officially retired. He also said that there’s no way he’d work a Saudi Arabian event either so you can cross that one off the list as well.

He seems really happy focusing on his acting career and knows what a return for just one segment might mean for his WWE character as well. Batista honestly shouldn’t be returning for anything unless it’s significant. So although there will be a lot of familiar faces at the RAW Reunion, Dave Bautista won’t be one of them.