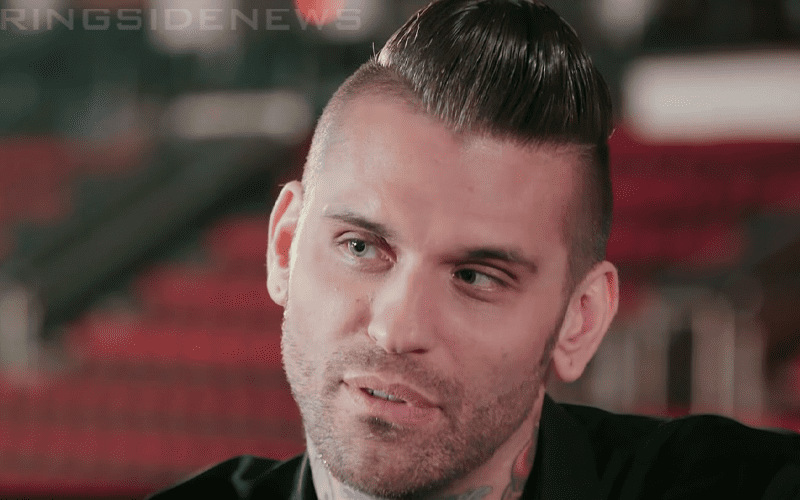 While speaking to the Two Man Power Trip, Corey Graves discussed some of the fan criticism that he receives on a daily basis. He is used to it, but also understands how it can get to people at times. If he was a banker then receiving many hateful messages about his job performance might change his mood, but as a WWE announcer it seems like that is part of the job.

In terms of WWE changing their content to fix things, Graves assured fans they’re working on that as well. He said there is a lot of things going on backstage that fans don’t know about. However, that shouldn’t even concern fans because it’s WWE’s issue to deal with.

The bottom line that he was trying to make is that WWE is working on things to “right the ship.” Let’s just see if fans will stick it out for the turbulent voyage in the meantime.

“There’s a lot bigger things in play than just what goes on in the creative meeting. People don’t seem to realize it’s a corporation. There’s sponsors, there’s networks, there’s all sorts of crazy different aspects. It’s not your job as a wrestling fan to concern yourself with, I understand, but it’s just one of those things like ‘hang tight,’ you know. We’ll right the ship.”

Raw is entering the Paul Heyman Era of the show. This could mean an interesting creative direction as well as some noticeable moves backstage.

WWE obviously wants to put on a better product, but Graves alluded to the fact that it might not all be Vince McMahon at this point because they also have sponsors and a television network which apparently weighs in on the matter as well.