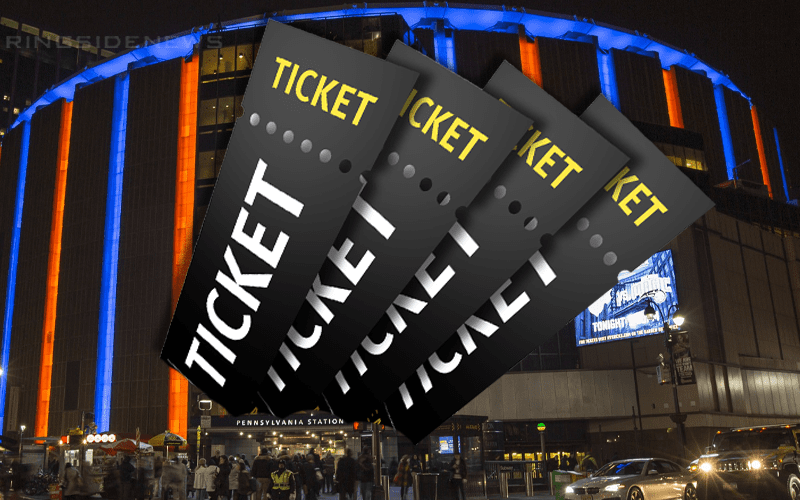 WWE is returning to Madison Square Garden on September 9th and 10th. They will be airing Raw and SmackDown Live from the World’s Most Famous Arena as well, but that apparently isn’t enough to sell that many tickets.

Dave Meltzer noted on Wrestling Observer Radio that ticket sales for the upcoming MSG shows were bad to the point where it’s “stunning.” While he noted that SmackDown wasn’t expected to sell out at least Raw was, but it’s not even coming close.

“Yeah, not good. Stunning, absolutely stunning. I didn’t think that SmackDown would necessarily sell out and I don’t know if anyone did, but everyone thought instant sell out for Raw.”

“Some of it may have been over pricing which is being rectified from what I understand. But, yes ticket sales were exceedingly disappointing.”

Meltzer said that WWE’s goal for the MSG show was to sell out quicker than ROH and NJPW’s WrestleMania weekend show. However, that didn’t happen at all.

Of course, that G1 Supercard event theoretically sold out so quickly because so many fans were under the assumption that The Young Bucks and Kenny Omega would be wrestling at the event which they weren’t, but that still doesn’t change the fact that scalpers didn’t even put a dent in WWE’s numbers.

“It’s nothing like what New Japan and Ring Of Honor drew for their show and WWE’s goal was obviously to sell out quicker than them. The goal for this was to be their version of the giant demand 15 minute sell out you know just as the other guys did and you know and in New York it should have been easier because you’ve got the scalpers, but scalpers didn’t hit it.”

It was noted that there are around 1,600 tickets available on StubHub for the MSG Raw and SmackDown events. That isn’t a lot, but not many people are probably going to visit a secondary website if there are still tickets available at the main box office.

You can check out a side-by-side comparison of Raw and SmackDown tickets for the upcoming MSG show from Ticket Master. As you can see, there are a lot of tickets left for both shows so it is far from a sell out at this point.