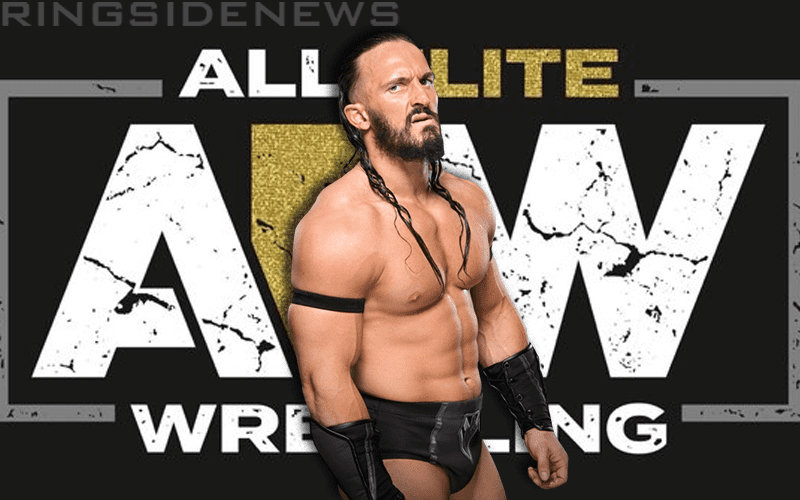 Pac, fka Neville in WWE was set to take part in AEW’s Double Or Nothing event, but that didn’t happen. There was a little bit of controversy, but that might very well be over now.

The issue was with Dragon Gate Pro Wrestling because Pac was their Open The Dream Gate Champion. Therefore, he wasn’t allowed to lose outside of the company. Pac was actually supposed to defeat Hangman Page at Double Or Nothing, but it would have set up a match against Kenny Omega that he would have lost according to Dave Meltzer. Therefore, this was the issue.

As long as Pac was still Open The Dream Gate Champion then he couldn’t lose which makes it really hard to book him. He appeared in other places as champion, but he didn’t lose. This couldn’t fly in AEW because they didn’t want to be held to the idea that they either had to figure out a non finish for Pac or just let him win.

The Young Bucks told Chris Van Vliet that the door isn’t closed for Pac to make an AEW appearance at an actual event. Now it looks even more possible. Because Ben-K just defeated Pac for the Open The Dream Gate Championship.

Now that Pac is no longer champion of Dragon Gate, he could presumably be free once again to work for AEW since they are likely going to have much more freedom with how they are allowed to book him.

We will just have to wait and see what happens next, but don’t be too surprised to see Pac show up in AEW sooner than later.