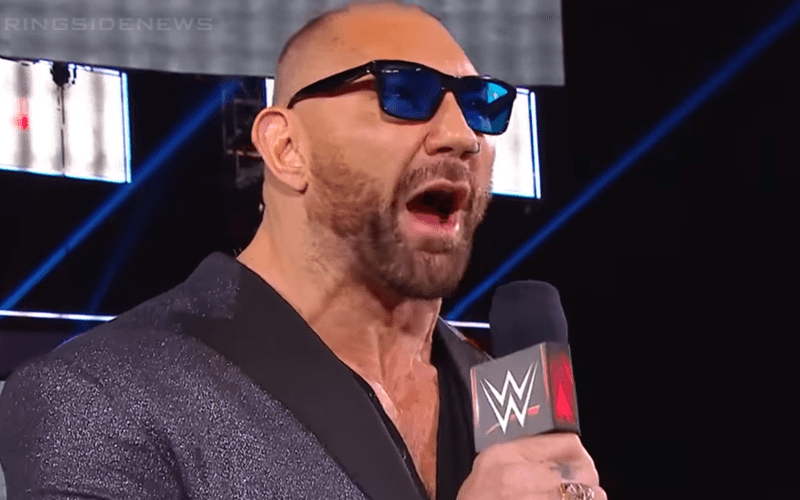 WWE’s relationship with Saudi Arabia is a very controversial one. They are locked into a ten year partnership with the Saudis, but Batista doesn’t want any part of it.

While speaking to GQ, Batista admitted that he tried to call The Undertaker and convince him not to wrestle Goldberg in Saudi Arabia. He went on to say that no matter who they booked him against that he would never wrestle in the controversial country.

“I wouldn’t have gone to Saudi at all. I don’t care who they would’ve booked me with. I just would not have gone.”

“But I loved my final match at Wrestlemania, with Hunter [better known as Triple H]. The fans wanted to see two old guys go to war. That’s what we did. That’s the way the match was designed.”

Batista was very happy about how his WrestleMania match went with Triple H. He got to end his career the way he wanted to with his dream opponent, but there is no interest whatsoever in coming back for a nostalgia match on a Saudi Arabian card at all.

So you can add Batista to the list of Superstars who wouldn’t work in Saudi Arabia. Odds are there are plenty more who don’t like working those shows, but they obviously don’t have the clout to reject WWE’s request.