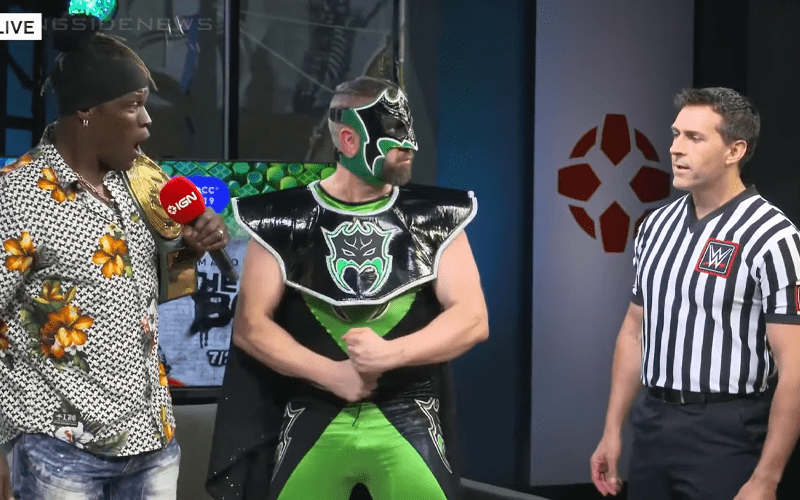 R-Truth has a huge target on his back as WWE 24/7 Champion. Drake Maverick made a point to crash the Mattel panel at the San Diego Comic-Con and the search continued for him. Meanwhile, a former WWE Superstar apparently wanted to throw his hat in the race as well.

R-Truth eventually showed up at the Comic-Con with his WWE 24/7 Title and he thought that it would be a simple interview with IGN, but he was wrong. Hurricane Helms eventually showed up with WWE referee John Cone. This is when R-Truth had to think on his feet to avoid being pinned by the current WWE producer.

Hurricane got a two count out of Truth before he escaped, but Drake Maverick showed up next and got a roll-up for a two count before Truth was able to get up and run away. Drake then carried on about how this is ruining his life and his wife Renee Michelle won’t let him consummate their marriage until he wins the title back.

Now R-Truth will be running with the WWE 24/7 Title even farther. One thing he he knows for sure is that there is no resting while he’s holding that belt.