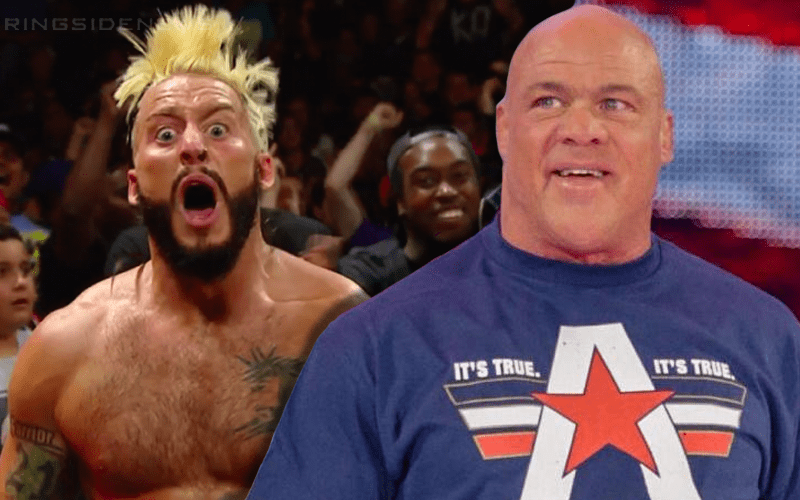 Kurt Angle’s final match was at WrestleMania against Baron Corbin where he lost to the former RAW General Manager. Enzo Amore is also retired from in-ring action, but he hung up his boots some time after his WWE release.

Enzo Amore recently sent out a challenge to Kurt Angle because they’re on the same NEW show coming up. So to promote this event, it looks like NZO thought issuing a challenge to the WWE Hall Of Famer sounded like a good idea.

Well whadda we got over here???! A stacked-card??! Hmmmm….. @TheRealKurtAngle me & you we share a lot in common, 💪🏼. We’ve stood in front of thunderous crowds chanting our names, beloved, hated, either way: #Champions. Both of us #Great, and both of us….. #Retired “Oh It’s True” … it’s #DamnTrue! …. or is it??? I don’t need anybody to twist my Jordan, but perhaps Mikey Lombardi the promoter @northeastwrestling has something enticing enough to get 1 of us… or maybe both of us out #Retirement??? #OneMoreMatch????!

It’s not likely that Kurt Angle will have an actual match with NZO. Slapping an ankle lock on the former Cruiserweight Champion might not be out of the question though.