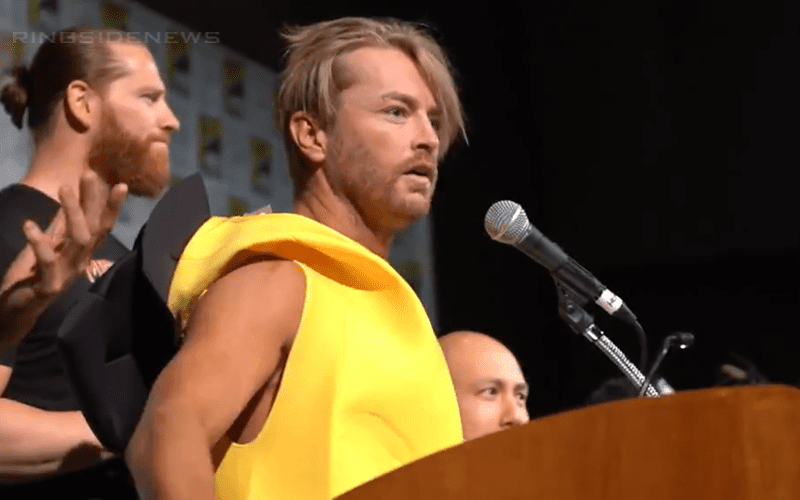 Drake Maverick lost the WWE 24/7 Title on Monday, but then he picked his search right back up. R-Truth is now the WWE 24/7 Champion once again, but he didn’t run to San Diego.

Maverick crashed a panel for Zack Ryder and Curt Hawkins at the San Diego Comic Con today in search of R-Truth and the WWE 24/7 Title. While disguised as a banana in Macho Man glasses, Drake Maverick tried to alter his British accent to the best of his ability by simply muddying it. He was soon called out and his identity was exposed after asking them if R-Truth has been spotted around.

Once his cover was blown, Maverick got to handing out posters because this is serious business to him. He has yet to consummate his marriage and it’s ruining his life. This was a pretty great piece of rogue promotional work and obviously, people know all about the 24/7 Title.

Hopefully, Drake Maverick can keep popping up like this as his seemingly endless game of cat and mouse continues.