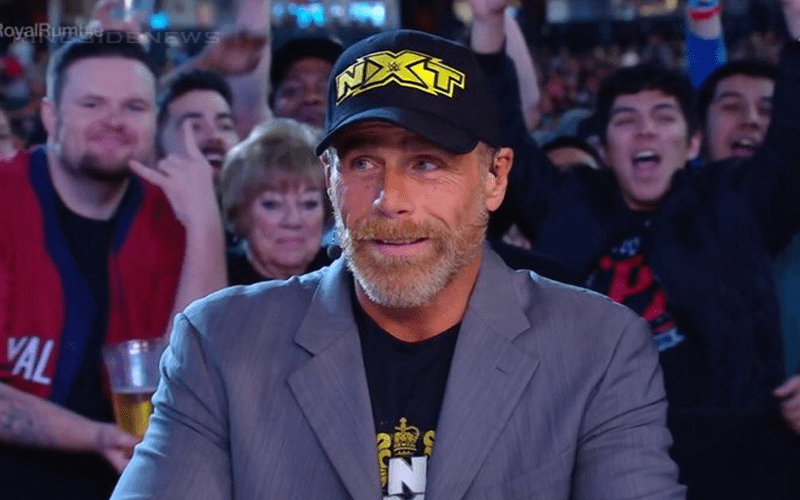 Shawn Michaels will be one of the dozens of former Superstars who will be brought in for the RAW Reunion show. To be fair, WWE had a number of people on the payroll already like HBK. However, The Showstopper isn’t stopping on Monday.

Michaels hopped on Twitter this Thursday and announced that not only will he be having a little fun on Monday night, but he’s also sticking around for Tuesday’s show. Because Mr. WrestleMania will be sitting in on commentary during SmackDown Live.

I’ve had a lot of …ahem.. fun times on Monday Night #Raw, but I’m not just coming to #RawReunion to see some friends, ol’ HBK is going to be joining commentary THIS Tuesday on #SDLive! #IveBeenPracticing

He made this announcement along with a great throwback Thursday picture of himself and Triple H on commentary back in the day while they ate bananas. Those were the days. Now we’ll just have to wait and see what HBK could be doing on commentary this Tuesday.

Shawn Michaels said that he’s been practicing which could have been a joke, but WWE has tried people out for roles like this in the past. Also, with Eric Bischoff starting his new job as SmackDown’s Executive Director, you never know if he took a look at the commentary team and decided to shake things up.

Then again, this could just be for one segment so Shawn can promote that new movie where he wears green paint and acts like Yoda. Either way, it will still be great to have HBK around if only for one segment.