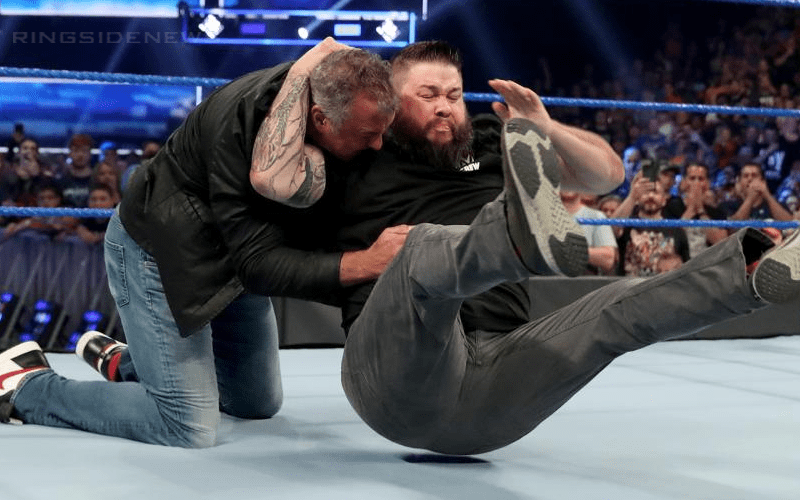 Kevin Owens had a great night on SmackDown Live last night. He might have started his night by getting banned from the building, but he ended it by main eventing the show and giving Shane McMahon a stunner before bolting.

After SmackDown Live was over for KO, things got even better. Because the former Universal Champion not only got on a flight to go home to see his family, but he also discovered an episode of Kitchen Nightmares that he’s never seen before. For any fans of Gordon Ramsey’s profanity this is indeed a treasure!

Hit Shane with 2 Stunners (almost 3!), outran 17 dudes, found an episode of Kitchen Nightmares I’ve never seen before on Hulu and in a few hours, I’ll be back home with my family.

It appears that Kevin Owens is headed toward a big Summerslam match against Shane McMahon so the good times will likely keep coming for Owens. Hopefully, WWE will let him keep this momentum as he becomes the new “Stone Cold” in WWE.