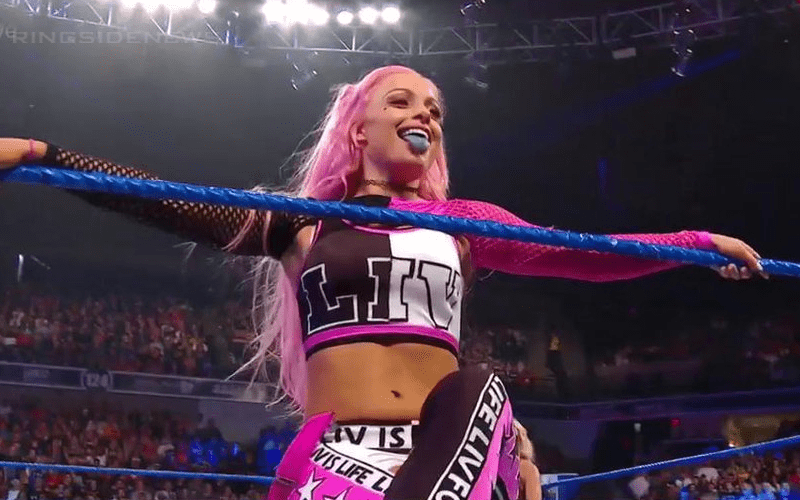 Liv Morgan got her first match on SmackDown Live since being moved over months ago as part of the WWE Superstar Shake-Up. She might have got her match, but it was what happened after that really meant a lot more.

Liv Morgan got mouthy with Charlotte Flair during the Town Hall segment which resulted in a match between the two. Liv had some high spots in her match against Flair, but she would ultimately lose. Then after her match was over, Morgan wasn’t finished.

Liv walked over and grabbed Corey Graves’ headset off of his head. She was crying and wiped the tears off of her frustrated face as she said: “Charlotte was right and when I come back I’m gonna be real.”

Then she threw down Corey Graves’ headset and walked off. It looks like a change is on the way for Liv Morgan. Only time will tell when we will get to see this new transformation for the former Riott Squad Member.