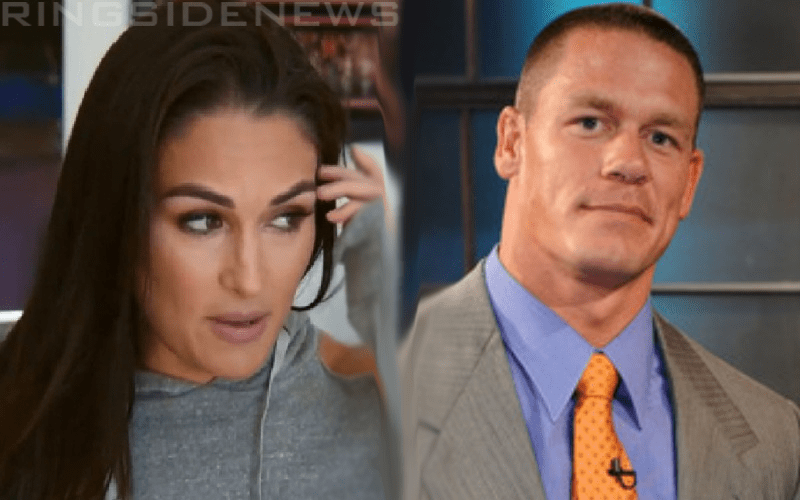 Nikki Bella might have moved on, but that doesn’t mean she is ready to let John Cena go. That won’t stop her from trying.

During the season finale of Total Bellas, Nikki Bella says some very interesting things about Cena. This happened in Napa which used to be one of their retreat locations. Now that she is dating Artem Chigvintsev, things still don’t seem to be totally out of her head just yet.

“This is the first time I’ve been back in Napa since my big breakup and I just immediately get all those memories […] But a part of me is like, ‘OK, Nicole. Now you have to make new memories.’”

“No matter what, the next time I see him with someone it’s gonna kill me.”

Nikki admitted in the past that she does have a jealous bone in her body. However, she is still looking to start fresh and invent a new Nikki Bella. Hopefully, she will be able to get past this, because we can only imagine how Cena feels when seeing pictures of her and Artem getting along out in public.