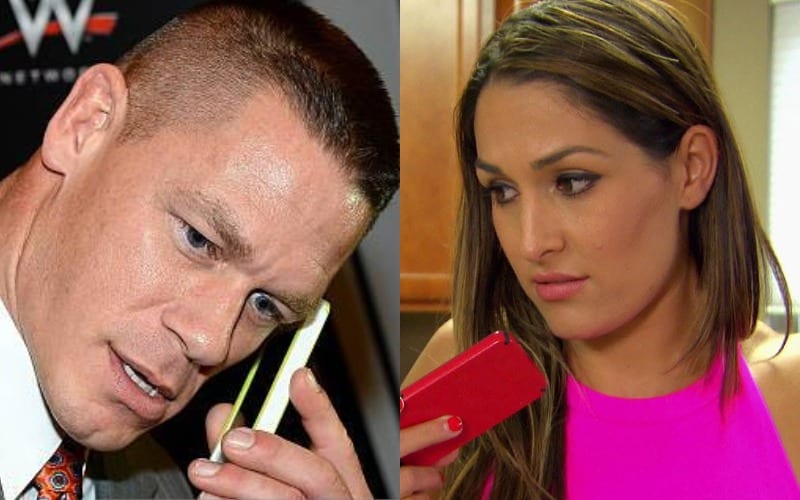 Nikki Bella and John Cena are no longer a couple. However, that won’t stop them from being in contact with each other. The couple has moved on, but Nikki Bella revealed to People that she keeps Cena up to date on every date she goes on.

It might be an interesting thought to imagine calling your ex to let them know you just went out with someone. Nikki explained that it is about respect because the two are still connected in so many ways.

“Oh yeah, I let him know everything. He’s known every date I’ve been on. I have so much respect for him and this breakup wasn’t bad — it didn’t end bad, we didn’t do bad things to each other.”

“Like he’s still close with my family. Anything like I knew that was coming out, anything that I’ve done, I’ve let him know because I don’t want him to be hurt by it, or shocked by it and I know that’s things I don’t have to do but that’s just who I am.”

“The one thing is, John’s never been a jealous man. That’s one bone he doesn’t have, which I’m like, is so rare.”

Nikki Bella’s dating adventures are going to continue both on and the screen. She is currently seeing her Dancing With The Stars dance partner
Artem Chigvintsev so we will just have to see how that develops on Total Bellas. Still, she’s letting Cena know about every bit.

If you use the our quotes credit Ringside News