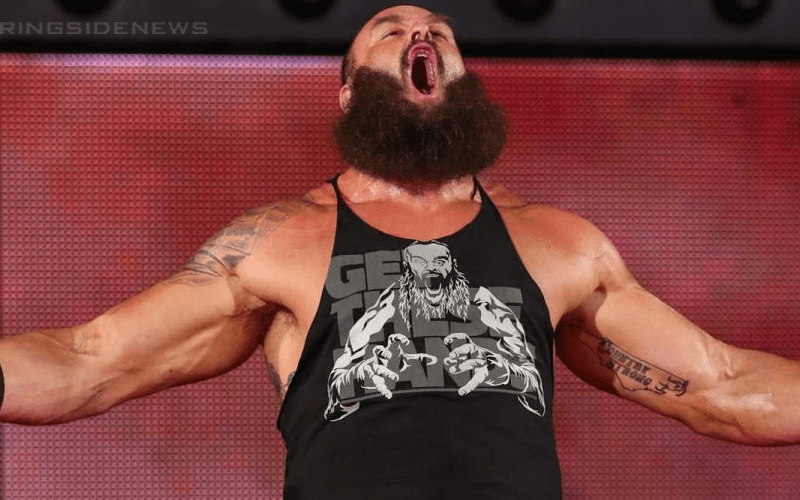 Braun Strowman is The Monster Among Men and his hands have sold plenty of WWE merchandise as well. Now it looks like he’s sticking around WWE.

Strowman made the announcement official on his Instagram account that he has indeed signed a new deal with WWE. It looks like this is a four-year deal and judging by the fact that he used the hashtag “ILikeMillionDollarDealsWheresMyPenBiatchImSigning” it seems like he signed a huge contract as well.

Well I’m sure more than a few of you will like this announcement!!!!!!!! Here’s to 4 more years of being the hardest working and best big man in the whole damn industry and working for the Greatest promotion in the world the @wwe #ThenNowAndForever #wwe #resigned #ILikeMillionDollarDealsWheresMyPenBiatchImSigning #FourMoreYearsOfPuttingButtsInSeatsAndSmilesOnFaces #BraunStrowman #BraunZilla #KingOfAllMonsters with my army behind me my #MonsterMilitia #ILoveMyJob #MonsterOnTopTheMountain

Braun Strowman is seemingly getting another monster push in WWE. Now we can expect four more years of him giving as many Superstars those hands as he can.

This follows the trend of WWE signing Superstars to large deals. It is interesting that they keep doing this because Chris Jericho said AEW isn’t looking to headhunt WWE Superstars.