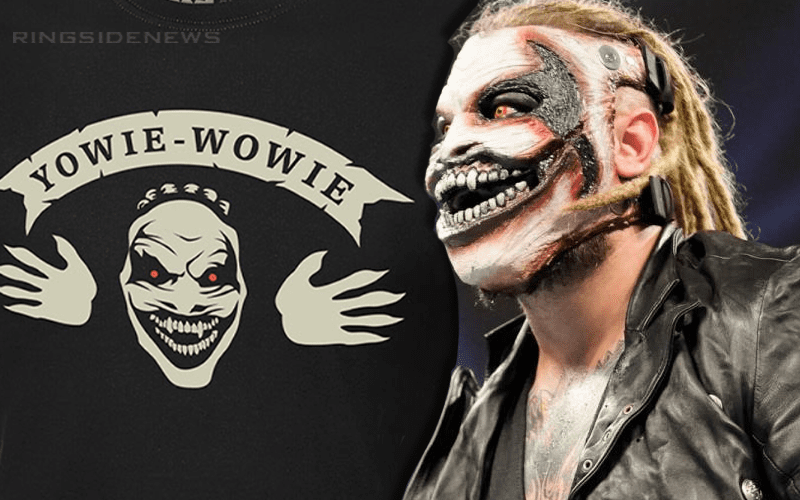 Bray Wyatt made his big return to WWE Raw this week and new merch was sure to follow. It didn’t take WWE long to capitalize on this new-found attention on Wyatt either.

The company released a t-shirt of The Fiend not long after he showed up out of nowhere to hit a Sister Abigail on Finn Balor. This confrontation will supposedly lead to a Summerslam match, but WWE hasn’t officially confirmed that just yet.

Wyatt’s Firefly Fun House has received merchandise in the past, but now that he has made his official return to the ring it looks like another piece of merch was needed. Now you can rock The Fiend’s face on your chest with “YOWIE WOWIE” written above it.

Hopefully, WWE will be able to treat Wyatt right with his new persona in the ring. If anything, JoJo Offerman was sure proud of him.