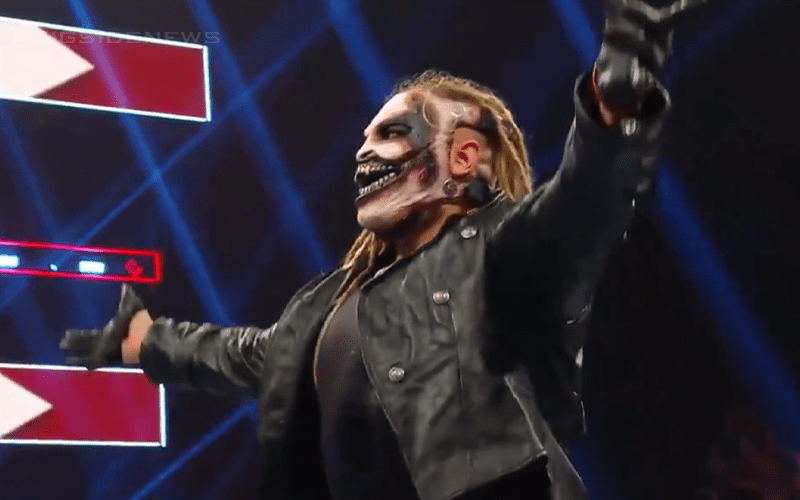 Bray Wyatt hadn’t been seen since his Firefly Fun House stopped airing. Then all of that changed in a big way on the night after WWE Extreme Rules.

If you want our full RAW results please click here.

Finn Balor defeated Samoa Joe and then out of nowhere his music slowed to a halt and the lights went out. Then when they came back on, Wyatt had Balor in his clutches about to hit a Sister Abigail while wearing his Fiend mask.

After Wyatt hit Sister Abigail on Finn Balor, the lights cut out again and we just heard Wyatt’s distinct laughter. This was a great debut and now we’re just wanting more of Wyatt as The Fiend.