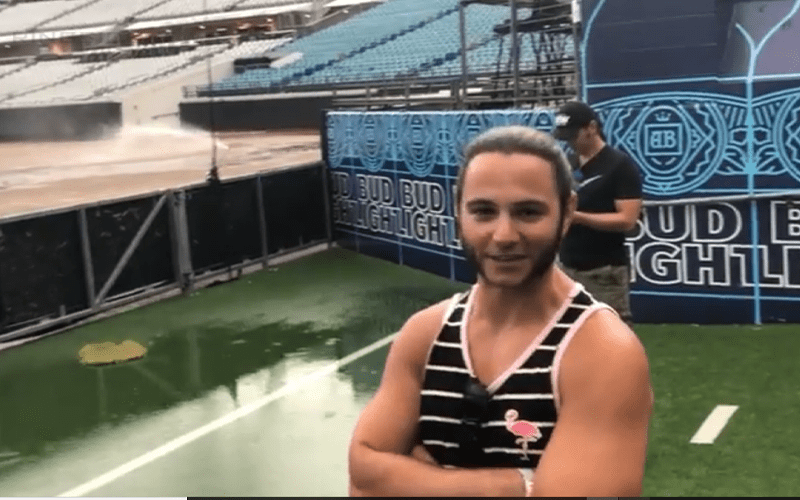 AEW’s third event took place inside Daily’s Place in Jacksonville Florida. The Young Bucks were feeling good as they exited the Fight For The Fallen production meeting as they said that everyone gets along so well during the latest episode of Being The Elite.

Then they took a little stroll to check out the Jacksonville Jaguar’s stadium. TIAA Bank Field was mostly dirt as they got to take a look at it, but Matt Jackson couldn’t help but say that AEW needs to do a show there.

“Maybe we’ll do a big show here one day. The rent would be free,” he said with a smile on his face.

Nick Jackson got to thinking about it really quick and said that since they would have to block off some seats for the entrance they’re probably talking about 60,000 possible AEW fans.

TIAA Bank Field has a listed capacity of 67,164. It is probable that AEW could have sold that many tickets this year for All Out.

We will just have to wait and see what is next for All Elite Wrestling. Because they haven’t even debuted on TNT yet. However, since their home office is literally inside the stadium there could be a very strong possibility that they might look into holding a stadium show and AEW knows exactly where it would take place.