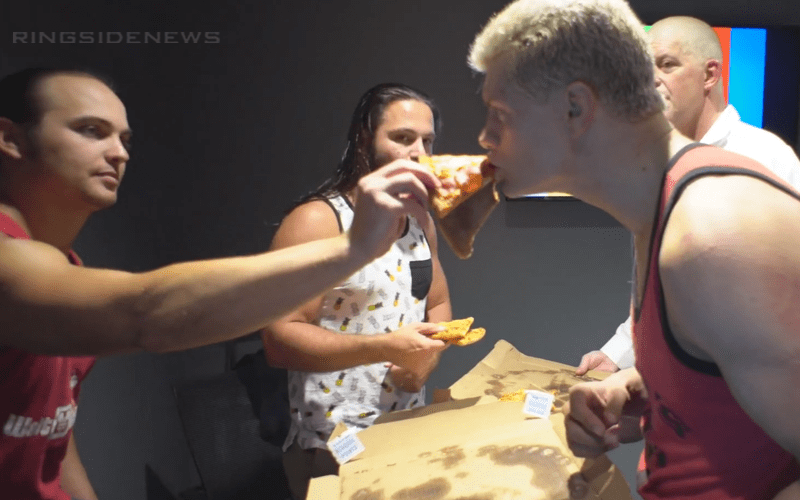 The Young Bucks made fun of Cody & Dustin Rhodes pretty much all through the build toward their match at AEW Fight For The Fallen. The main event of the evening really delivered, but due to time constraints, The Young Bucks’ speech needed to be cut short.

On the latest episode of Being The Elite, not only did The Young Bucks tease doing a stadium show on the Jacksonville Jaguars’ field, but they also made up with the Rhodes Brothers after their match.

Cody and Dustin offered an olive branch in the form of pizza to Nick and Matt Jackson. Then Matt fed Cody by hand to return the favor. It seems like they’re still The Elite and drug free because that’s the way to be.

You can check out the entire new episode of Being The Elite below. The bit of them making up can be seen near the end of this week’s show.