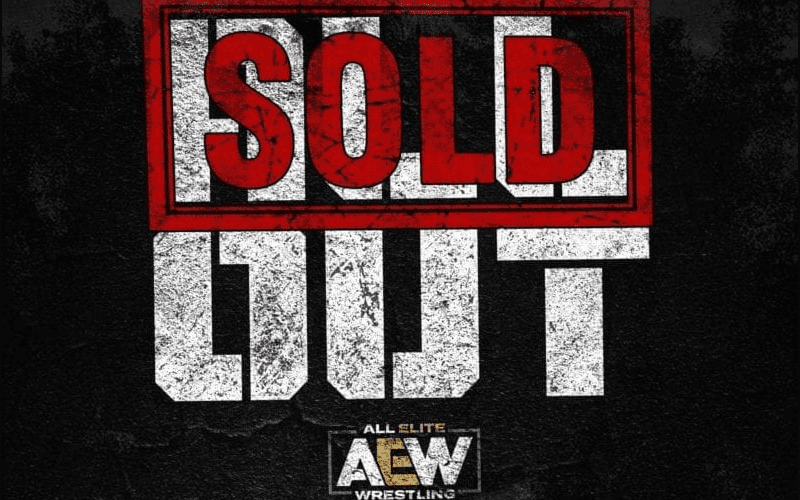 AEW All Out sold out in fifteen minutes. Every seat is taken, but some did make it on the secondary market. Accounting for the scalpers is one thing, but due to fans needing tickets so badly the scalpers didn’t really win big.

Dave Meltzer reports that only 839 tickets are on StubHub right now. We previously reported that they’re going for insane prices to signify the demand.

Fans saw the number they were in line as they waited for tickets and those numbers ranged up to 80,000. Dave Meltzer noted that they could have sold 100,000 tickets with that math. Each person was also allowed to buy a limit of 4 tickets. However, one listener of Wrestling Observer Live noted that there were instances of the limit being cut to only one ticket near the end of that small window when they were available.

It might be apparent at this point that AEW needs to start looking into a larger venue for shows. It is important to start small, but they’ve already sold out small and medium size at this point. Chicago might be special for AEW on Labor Day weekend, but there are certainly larger venues in the Windy City than the Sears Centre.

On a side-note: there are still plenty of tickets available for WWE Stomping Grounds.