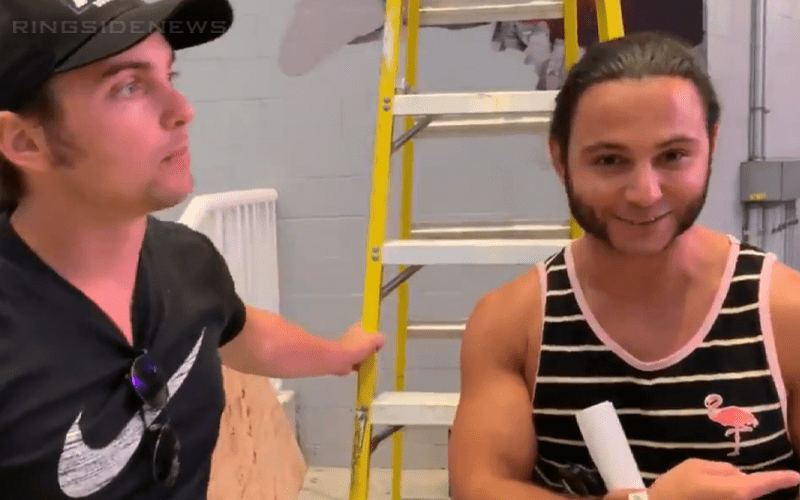 The Young Bucks vs The Rhodes Brothers is a dream match that fans didn’t think could happen. Then WWE let Dustin Rhodes out of his contract meaning this match could become a reality.

The entire time while they built up this feud, The Young Bucks have continued to mock the Rhodes Brothers for their AEW Double Or Nothing post match embrace. Nick Jackson has often said he doesn’t need a partner, he doesn’t need a friend, he needs his older brother.

While the AEW Fight For The Fallen set was under construction, The Young Bucks shot a little video where that taunting continued. They also brought up the fact that in a poll posted on their own social media asking who will win at Fight For The Fallen that Cody Rhodes and Dustin Rhodes are winning by at least 10%.

We will have complete coverage of AEW Fight For The Fallen right here at Ringside News. So please keep checking back throughout the night for constant updates.