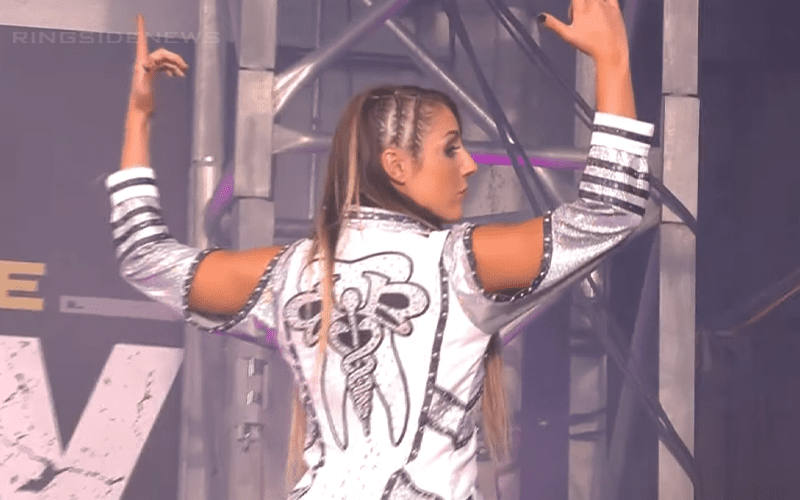 Britt Baker suffered a concussion at AEW Fight For The Fallen. This took place during her tag team match at the Buy In kickoff show and it was pretty obvious that she was rocked. After all, she did run to the wrong corner to make a tag after getting kicked in the back of the head by Bea Priestly.

Dave Meltzer revealed on Wrestling Observer Radio that Baker’s concussion is quite serious. This is very unfortunate and might cause AEW to re-evaluate how they deal with future situations like this.

“I heard pretty bad, I heard it’s a significant concussion. In her case when she crawled to go in the wrong corner I think — after taking that kick and everything — she was hurting a lot. You know she shook it off and came back at the end and did her stuff, didn’t screw up her moves at that point or anything like that.”

“It’s just so hard because you’re used to a matches being like they are. You’re not used to them taking people out.”

Meltzer said in that kind of a situation when it was apparent that Britt Baker was rocked from that kick to the head that she should have been taken out of the match. It’s hard to do because nobody wants to do that including wrestlers and management, but Baker probably shouldn’t have continued to work the match with her concussion.

Hopefully, Britt Baker will be able to heal up quickly because she could very well see herself becoming a face of AEW’s Women’s Division if she can remain healthy.