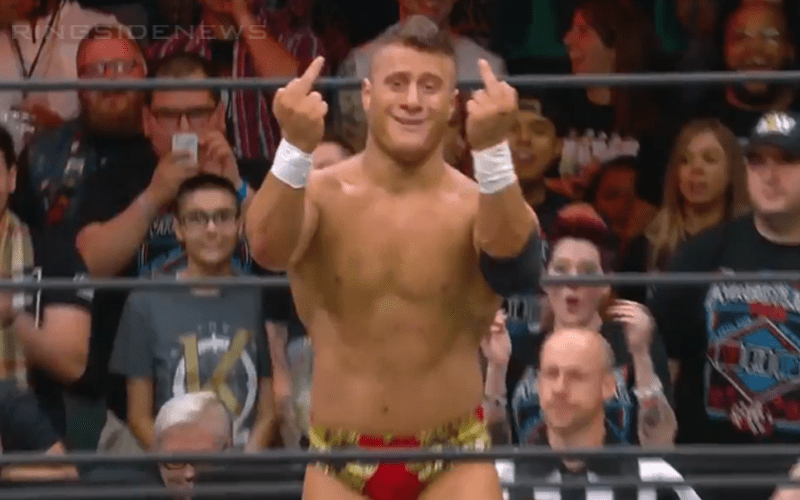 MJF competed in a six-man tag team match at AEW Fight For The Fallen. He was on the heel team, but he still didn’t want to be teaming with Shawn Spears and Sammy Guevara.

If you want full AEW Fight For The Fallen results please click here.

Apparently, Maxwell Jacob Friedman is a little worse for wear after AEW’s third pay-per-view event. Inspire Pro Wrestling just announced that MJF is injured, however, he was still referred to as their Pure Prestige Champion.

It is said that he is suffered “a severe elbow injury” at Fight For The Fallen which might not be a good sign at all.

BREAKING NEWS: AS THE ADDAGE GOES, “CARD SUBJECT TO CHANGE.”

Hopefully, MJF will be able to heal up and get back to action soon. If anything, at least he will still be able to continue cutting promos on the microphone and enraging fans on Twitter even with a busted elbow.