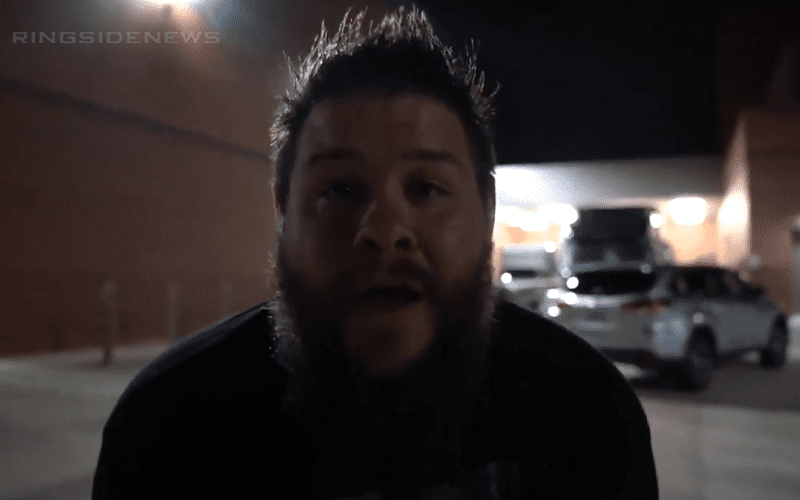 Shane McMahon is getting a lot of attention on WWE television that some people are not happy about, especially Kevin Owens.

Apparently, Shane McMahon has banned Kevin Owens from live events. So Owens decided to cut a promo from the parking lot on Mr. McMahon son.

“Hey Shane, not you’re banning me from live events, but guess what? The security you hire thinks you suck as much as I think you suck because I got through pretty easily and now you can ask Doph Ziggler how his neck feels, how his jaw feels after I hit him with that stunner.”

Kevin Owens said one place that Shane McMahon won’t be able to keep him out of is Philadelphia because nobody is banning him from Extreme Rules. KO said if Shane has an issue with it then “come at me.”

It looks like this feud is only just beginning to heat up. So we haven’t seen the last of Kevin Owens complaining about Shane McMahon getting so much attention on WWE television while giving Shane attention at the same time. Let’s just see if he can fulfill his promise and turn Extreme Rules into the Kevin Owens show.