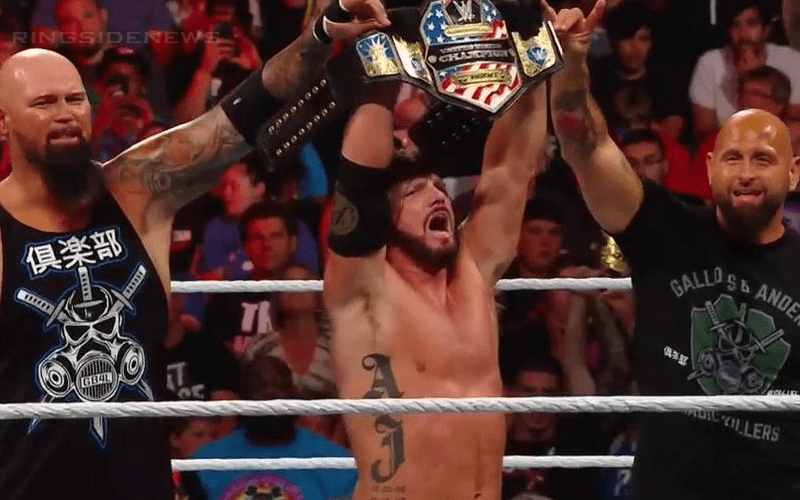 AJ Styles wanted to win the WWE United States Title for the third time at WWE Extreme Rules and that is exactly what happened.

Ricochet had a real uphill battle at WWE Extreme Rules. Not only did he have to wrestle AJ Styles, but he also needed to contend with Luke Gallows and Karl Anderson on the outside lending emotional support for The Phenomenal One.

In the end, Styles hit a top rope Styles Clash on Ricochet and that was all she wrote. The Club celebrated after their match, but you have to wonder if they will remain a trio for very much longer.