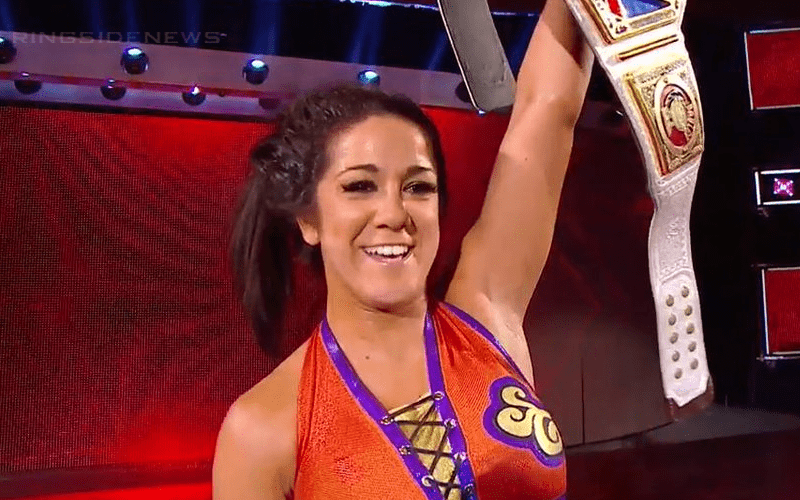 Bayley defeated the odds at WWE Extreme Rules as she walked out of her handicap match with her SmackDown Women’s Championship still in her hands. However, she has a certain demographic of fans to thank for that.

We might not have seen Sasha Banks make a return at Extreme Rules, but it turned out that Bayley didn’t need her. We previously reported that The Hugger was doing very well with a certain demographic of fans in the younger age group and Brad Shepard reports that a source in WWE said that is exactly who she can continue to thank for her win in Philadelphia.

A source in #WWE on Bayley’s win at #ExtremeRules: “Bayley can thank the little girl demographic for that win

Now Bayley can continue on as SmackDown Women’s Champion and see who steps up to her next. With Charlotte Flair lurking in the shadows you never know when she could rise up and decide to challenge Bayley next. With Summerslam coming up next on August 11th it seems that might be a very logical place for this story to go.