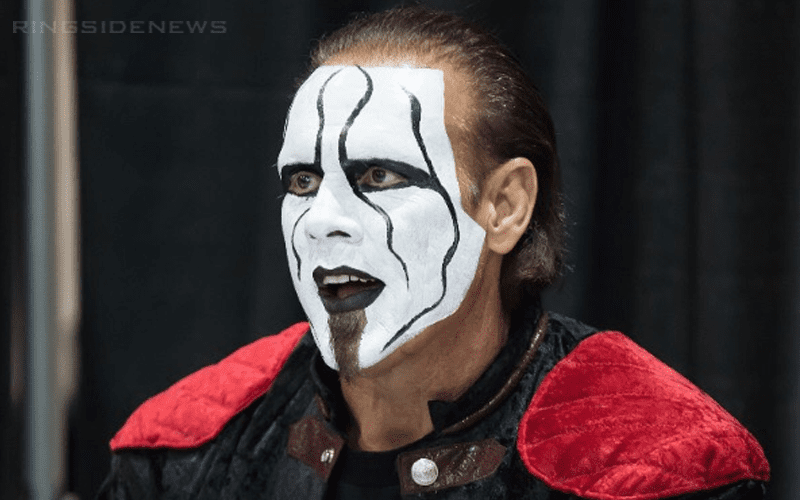 WWE has a lot of legends they can call when they need them. Their new deal with Saudi Arabia has made this very convenient as they continue to capitalize on nostalgia. However, fans shouldn’t get their hopes up about a return for Sting at all.

The company teased some Undertaker vs Sting hype recently just to get fans invested in an online video they ended up putting out. The Wrestling Observer Newsletter noted that this was done just to hype that viral video about The Undertaker going to WCW and nothing more.

Not only was it never attached to a video game either, but there is reported no interest at all in Sting getting back in the ring due to his age and the fact that he has spinal stenosis.

From those on the inside, the belief is that the company would never risk Sting taking a bump given he never had surgery on his neck. He’s a 60 year old man with spinal stenosis and the idea of him wrestling is not even broached.

This might be a bit of a letdown, but at least that quells the notion that WWE might reach into their pockets and pay Sting enough money to wrestle in Saudi Arabia.

The fact is that you can never say never, but it’s probably not worth putting any money down at this point.