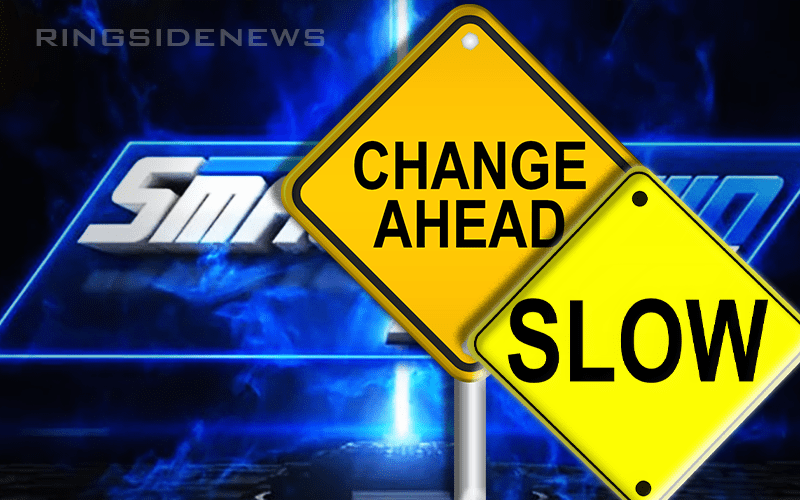 WWE hired Eric Bischoff on as the new Executive Director of SmackDown Live. Although Bischoff came highly recommended by Bruce Prichard, he hasn’t started his new job just yet. This could mean a much slower start for him.

The Wrestling Observer Newsletter reported that they were told that since Bischoff hasn’t started his new position yet that means it will take even more time for any change to being for the blue brand.

Paul Heyman has been doing his new job for the past two weeks now, but since Bischoff has yet to start his new position that puts him even more behind.

It will be very interesting to see how Eric Bischoff will be able to change SmackDown Live. If you ever listened to his previous podcasts, he obviously has some ideas and a grasp of the business, but he didn’t have a platform to execute those ideas on until now.

Bischoff and his family started their move to Stamford yesterday so he will start with WWE next week. It might be a slow transition, but hopefully, having Easy E around backstage will bring a fresh feel to SmackDown Live.