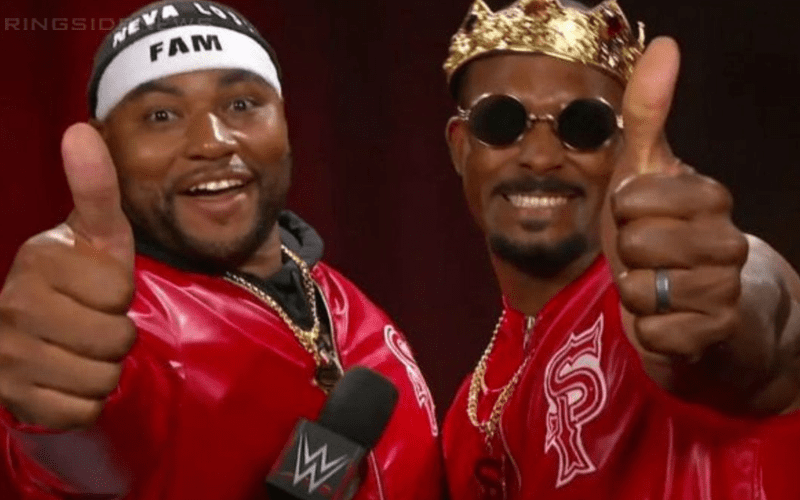 The Street Profits are new additions to Monday Night RAW, but so far they have not competed in a match. Montez Ford and Angelo Dawkins have been given ample opportunities to get their personalities over which has paid off.

The company is also putting a lot of trust in them by placing them in live promo segments backstage to capture their electricity. However, they have yet to work an actual match on Monday Night RAW yet.

The Wrestling Observer Newsletter provided the backstage reason why The Street Profits aren’t getting to wrestle on RAW. Needless to say, the answer is quite interesting and very typical of WWE’s logic.

Because they are NXT guys, they would have to lose to roster guys. But losing to roster guys would cut them off, plus HHH wouldn’t want his tag champs losing, so they can be on Raw and cut promos but until they figure out how to get through this dilemma, they aren’t wrestling on the main roster.

This might mean that The Street Profits won’t be allowed to wrestle on RAW until they drop those NXT Tag Team Titles. However, it is rather interesting that this logic is being used because Ricochet and Aleister Black went weeks as an undefeated team on the main roster after their call-up.