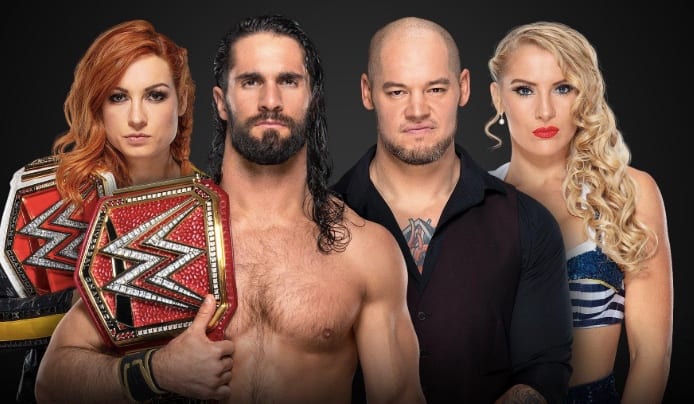 As seen on Sky Bet, the betting odds for Seth Rollins & Becky Lynch vs Baron Corbin & Lacey Evans at WWE Extreme Rules have been released.

The WWE Universe has been pretty vocal in their dislike of both Corbin and Evans, despite the fact that they’ve been doing some solid heel work on WWE programming as of late. It seems as if they’re ready to move on to new feuds for Rollins and Lynch, which will almost certainly happen if they can get the job done this Sunday.

The expectation is that they’ll walk through their opposition, but in the modern era of WWE, you just never know what tricks they could have up their sleeve.

At this moment in time, Seth Rollins & Becky Lynch are strong 1/5 favourites to get the win whereas Baron Corbin & Lacey Evans are 10/3 underdogs.

Those figures alone seem to indicate that it’s unlikely they’ll be able to cause the upset over the champs, but one query that has been raised is this: what is next for Corbin and Evans if they lose? They’ve been positioned as main event stars as of late, but we all know that there’s a very good chance they could fall off the face of the Earth with a defeat at Extreme Rules.

Regardless of anyone’s position on the matter it’s going to be a really interesting back and forth match if they play their cards right, and as we get closer and closer to the show, we wouldn’t be surprised to see them add a ‘tornado’ tag element into proceedings.