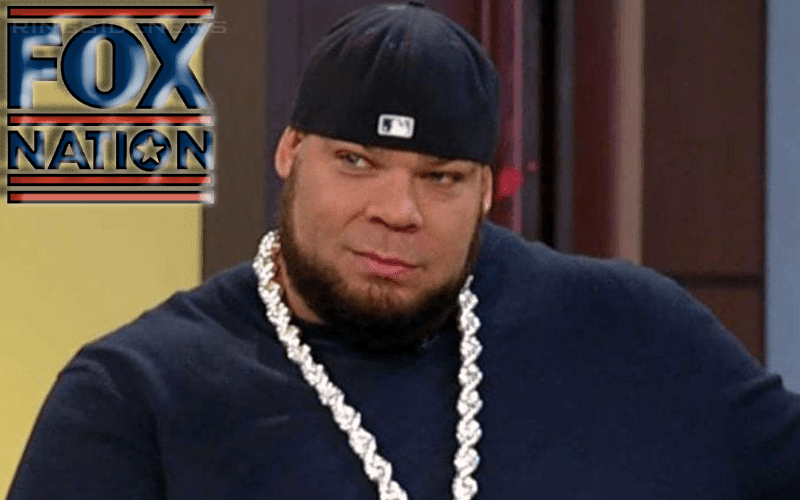 We have been keeping you, our awesome readers up to date on the on-going events surrounding former WWE Superstar Brodus Clay’s (now known as Tyrus) involvement with alleged inappropriate text messages that he sent Fox Nation co-host Britt McHenry. Some alleged texts have recently come to light via the Huffington Post and Fox Nation doesn’t seem too happy about it.

The conservative news organization has reached out to Ringside News once again to clarify their side on this matter. After all, some pretty inappropriate texts were allegedly sent. However, this matter was apparently dealt with “immediately.”

“As we have previously said, this matter was immediately and thoroughly investigated by an outside law firm that was charged with providing us with independent factual findings and recommendations for action based on all of the evidence. We have consistently done this in other employee matters of this nature. All protocols were followed and the recommendations we received were appropriate and promptly implemented. We respect the confidentiality of our employees and their involvement in any HR process and therefore will not comment on the results of the investigation.”

Fox Nation is conducting their own investigation on the matter which was appropriate and prompt. Fox Nation began as an opinion website operated by the Fox News Channel, but they are now their own subscription service.

Their human resources department is also involved and there is a level of confidentiality within this situation as well. Therefore, we shouldn’t expect to hear any official outcome of their investigation, but one is apparently taking place.