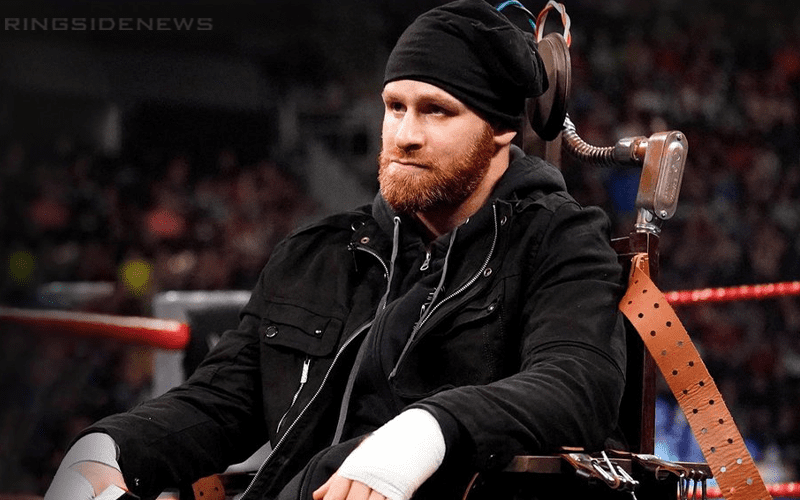 Sami Zayn and Kevin Owens were paired up for while, but now it looks like Owens is going down his own babyface path. KO was praised by his fellow Superstars for taking a stand against Shane McMahon, but Sami Zayn has been strangely missing from television.

Fightful Select reports that Sami Zayn is not injured. He is simply being kept off of television. It is reported that there “hasn’t been anything for him.”

This is very interesting because it comes off the heels of WWE having a lot for Sami Zayn to do every week. Then he said “AEW” on the air and it wasn’t long until he was missing from WWE television completely.

We will keep you updated on this on-going story. Hopefully, WWE will figure out a place for Sami Zayn on television soon enough.