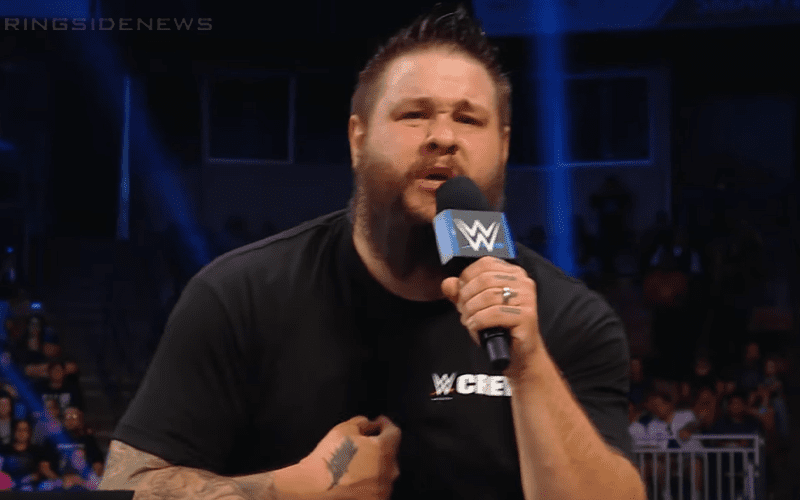 Kevin Owens started off SmackDown Live this week by cutting a very passionate promo about SmackDown Live and how sick everyone is of Shane McMahon. Then he was eventually led off by security because McMahon doesn’t like hearing things about him that hurt his feelings.

Before Shane was able to cut off every microphone that Kevin Owens could get his hands on, KO was able to speak some truth. He said that McMahon is taking up television time that should belong to other Superstars.

He name dropped Buddy Murphy, AOP, Kairi Sane, and others. Needless to say, this was heard backstage and some lesser used SmackDown Superstars were very happy to hear this.

Liv Morgan, Ali, and Buddy Murphy have all spoken out to support KO’s statements. Owens even came back at the end of the night to deliver a stunner to Shane McMahon which really seemed to cap off his new “Stone Cold” gimmick.

You can check out the video below to see Kevin Owens invade the SmackDown main event to give Shane an old-fashioned stunner. It should be cued up to his interference.