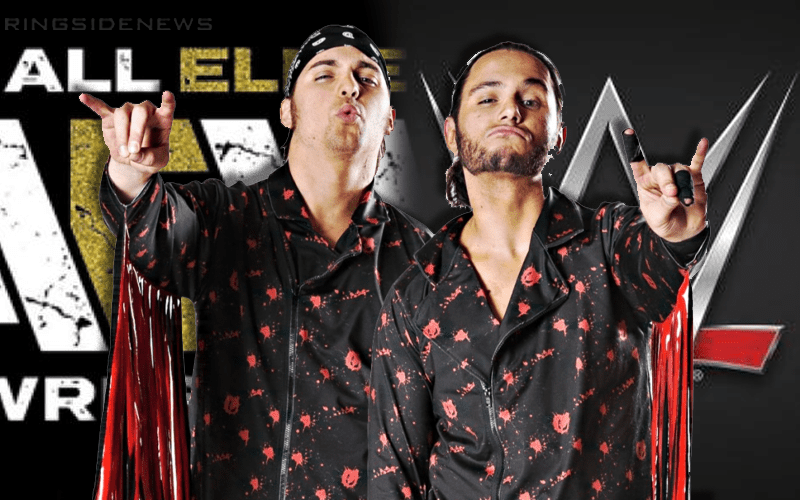 The Young Bucks came very close to signing WWE contracts, but Tony Khan came around with the perfect offer at the right time.

Now Nick and Matt Jackson are Executive Vice Presidents of AEW and having a great time. However, the pro wrestling war between All Elite Wrestling and WWE is just beginning.

While speaking to Chris Van Vliet, The Young Bucks were asked about their opinion of this on-going war between pro wrestling companies. The general feeling is that WWE hates them, but why wouldn’t they?

Nick: They hate us, I think.

Matt: Why wouldn’t they? We’re disrupting everything.

Nick: New Japan hates us too.

Matt: I think everybody looks at AEW as competition because we’re this new thing. People are afraid of the unknown. They’re like ‘who are these guys’ and every day you see a new headline about something we’re doing. It’s intimidating. People are fearful of change, I get it.

Nick: We’re gonna stay that way. We’re gonna be the alternative and we really do mean it. We want to be different from every other company that you see. I feel like the first 2 shows that we’ve done, we’ve given a different type of shoe every time we’ve done it.

AEW needs to pull out some major tricks to counter any measures WWE is taking against them. WWE already scheduled an EVOLVE special on the night of Fight For The Fallen this Saturday and there will likely be more shots to come from Vince McMahon’s company.

As this new pro wrestling war continues we’ll keep you updated on every shot fired right here at Ringside News.