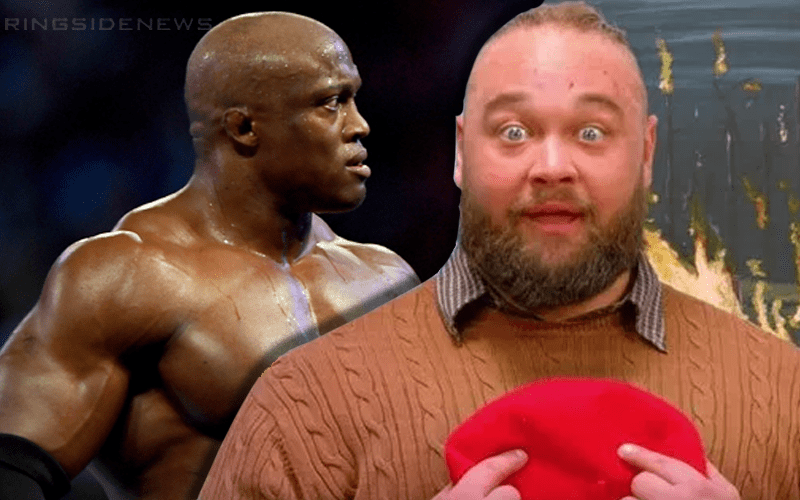 Bray Wyatt’s new WWE persona could very well become a featured part of WWE’s programming very soon. However, he needs to debut first. That hasn’t happened yet, but it appears that he might be hinting at his first target.

The Eater Of Worlds has been sending out apologies to a lot of people recently. However, he sent out a very strange message to Bobby Lashley last night that has a lot of fans talking.

Lashley tweeted out about Bray Wyatt while issuing a challenge. Because a guy Bobby Lashley’s size isn’t hard to find so if Wyatt wants to come at him the door is open.

If he wants it, he knows where to find me. Whenever you’re done playing with your puppets @WWEBrayWyatt come on down to the ring.

Wyatt responded to this by putting out a bunch of 1’s and 0’s. Wyatt’s Binary text converted to, “I am in your home Bobby.” However, Lashley might not have understood this.

The All Mighty simply posted a “confused John Travolta” meme and that seemed to be it for now. You really never know when Bray Wyatt will show up next, but WWE Extreme Rules could be a perfect opportunity.