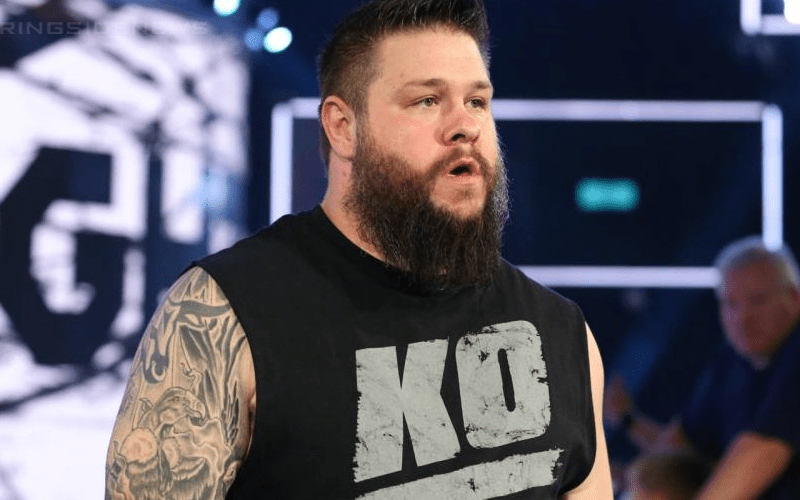 WWE Superstars really count on their royalty checks, but they are never as big if the company isn’t selling their merchandise at the events. This is becoming a problem for Kevin Owens fans. Because even though he had one of the best segments on SmackDown Live last night they weren’t selling his merch at the show.

One fan tweeted out to Kevin Owens expressing his frustration that there was no KO merchandise at the event last night. Owens replied saying it’s all about supply and demand.

KO admitted to coasting for the past year and a half by not trying to piss off anyone backstage that his merchandise sales have suffered in the process. So they quit bringing his merchandise to shows. Now he’s done with playing nice and is calling on fans to make enough noise for new KO merch.

Nobody has been asking for them because I’ve been coasting for the last year and half trying not to piss anybody off so they don’t bring them to the shows.

I’m done with that. Make enough noise and they will have to listen.

Owens said that last night was the most liberating experience of his pro wrestling career. So he is obviously gaining some momentum. Perhaps this new push for Owens will encourage WWE to start packing some of his merchandise from now on. Because babyfaces generally sell much more merch.