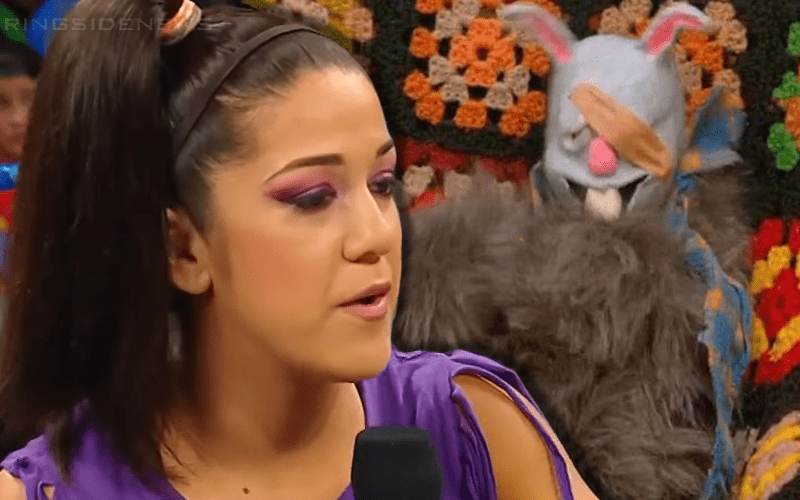 Bayley made her way to the ring last night and she had her game face on in a big way. Then Ramblin Rabbit popped up from behind a production crate. This was an appearance by a Firefly Fun House character that WWE fans have grown accustomed to while we await Bray Wyatt’s eventual return.

The SmackDown Women’s Champion obviously had no time for games, let alone puppets. So when she saw that she unknowingly shared the screen with Ramblin Rabbit on SmackDown Live this week she had a challenge to issue.

Put that thing in the match too

Bayley already has a handicap match scheduled for WWE Extreme Rules this Sunday. So why not add a puppet to the mix?

Ramblin Rabbit has been torn apart before only to return the next week. So he might be immortal. This could present a problem for Bayley as she continues her quest to maintain the top spot on SmackDown Live. Because it’s really hard to fight an opponent that you can’t kill.