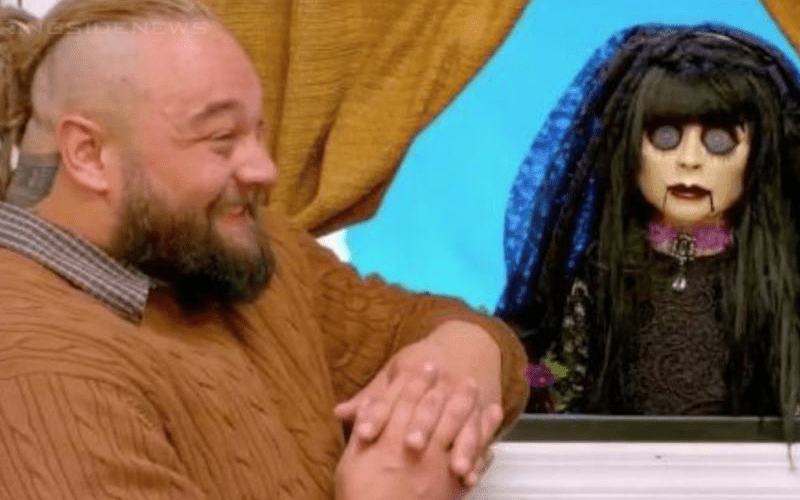 Bray Wyatt didn’t show up on WWE television this week, but that doesn’t mean that one of his friends didn’t pay a visit.

All of Wyatt’s Firefly Fun House characters made appearances on WWE television last week except for the evil Vince McPuppet. This week it looks like only one character showed up.

Abby The Witch could be seen chilling with Apollo Crews backstage. She poked her creepy head around a corner as he warmed up. This was a very rare righting and it seems like she’s the only one who made it on camera this week unless the others did an extra good job of hiding which is likely. Because Ramblin Rabbit hid very well last week. If it wasn’t for some awesome readers with eagle eyes we would have missed the resurrected rabbit ourselves.

This is exciting because it means that WWE didn’t forget about Wyatt this week at all. Vince McMahon is reportedly very hands on with how Wyatt is to be brought on camera and used. So let’s just see how things work out.