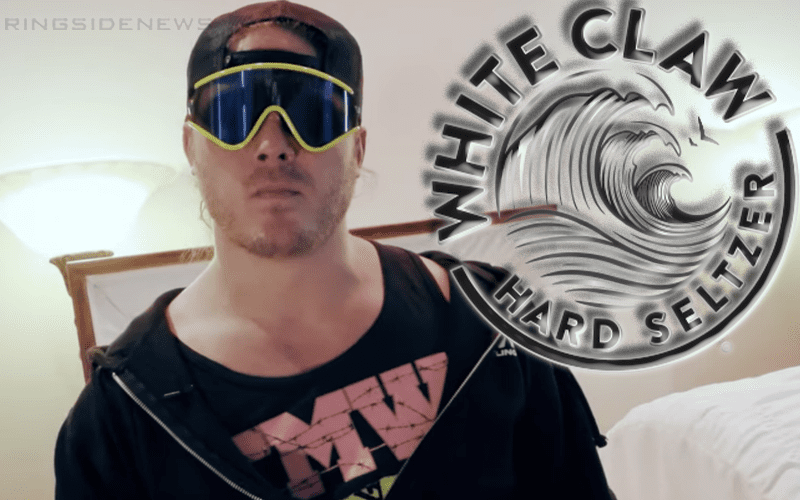 White Claws are alcoholic seltzer flavored with various fruits. They are also a favorite of Joey Janela and Ringside News founder Steve From Florida. However, only one of those two picked a fight with Enzo Amore at a Blink-182 concert last night.

If you want to check out the video of the fight you can click here. It doesn’t looks like they actually got around to throwing any punches, but both men were ready with their dukes up. Amore also commented about how he’ll kick Joey Janela’s drunk ass. So alcohol was likely involved in this altercation.

On the morning after the incident, Janela woke up to see his name making headlines in the wrong way. This is when he sent out a very simple public service announcement/advertisement for White Claw hard seltzer.

White claws are the devils juice

White Claw might be the “Devil’s juice,” but they are delicious. Of course, if you do drink please make sure that you’re of legal age to do so and you drink responsibly. This does not include getting in a fight at a Blink-182 concert with a former WWE Cruiserweight Champion.

On that note, if White Claw would like to offer a sponsorship deal to Ringside News, our DMs are open.