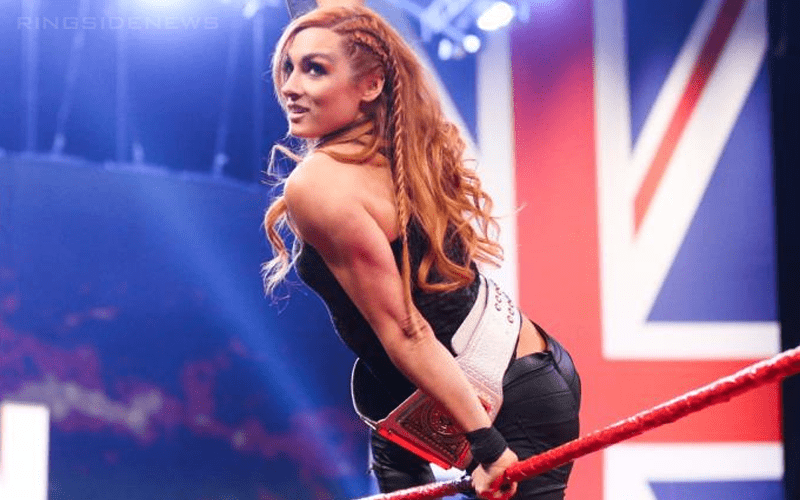 Becky Lynch might be The Man, but she’s not watching her biggest matches or any of them for that matter.

While speaking to Fair Game, Lynch revealed that she hasn’t even watched her WrestleMania 35 main event match back yet. In fact, she doesn’t watch any of her own matches. Because she knows what she needs to do at this stage in her career so it’s always on to the next one for her.

“I have a hard time watching my matches. I feel like — and maybe this is wrong, I kind of feel like I’m in the moment knowing how it’s going because you can hear from the crowd. So I feel like at this stage I know what I can correct and I know what to do. If the crowd hasn’t reacted the way that I wanted them to, that’s something that I can hear and know and understand why.”

“So I like to leave the matches in the past and not dwell on it and on to the next one.”

Becky Lynch works a lot of matches now, especially as RAW Women’s Champion. So it’s understandable that watching them all back might get to be a bit time consuming.

Her reasoning for not watching any of her in-ring work is still a bit interesting as she stated that she has “a hard time” watching her matches. At this stage in her career she can certainly read a crowd. Let’s just hope she’s paying attention so The Man can continue to better anyone who steps in the ring with her.