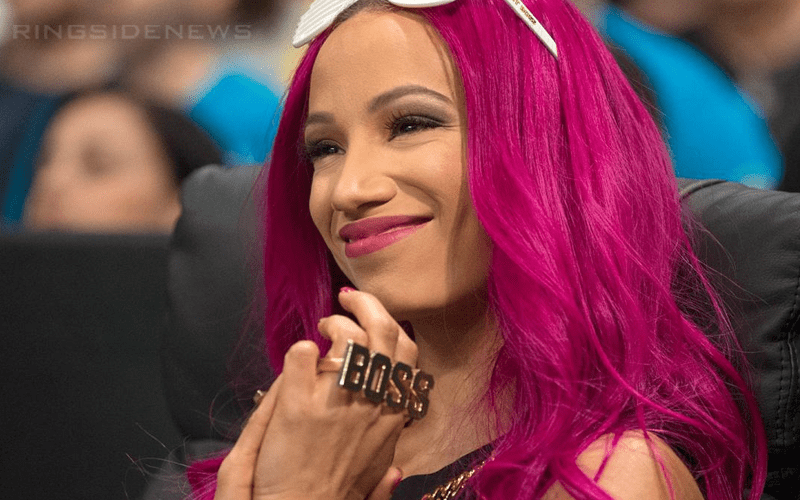 Sasha Banks hasn’t been seen on WWE television since WrestleMania, but she might be making a return sooner than later. Because The Boss recently made a cameo on the Summerslam graphic.

This graphic is being used by WWE in an official sense to hype their upcoming August 11th event in Toronto and it’s hard to miss that Sasha Banks is included right alongside other WWE Superstars.

What is very interesting is the fact that current SmackDown Women’s Champion Bayley is not featured on the graphic at all and neither is Alexa Bliss who has an opportunity to win that title at Extreme Rules on July 14th. Kofi Kingston is also strangely missing which is odd because he is the current WWE Champion.

We will have to wait and see what Sasha Banks does next, but she was recently spotted having a wonderful time in Japan.